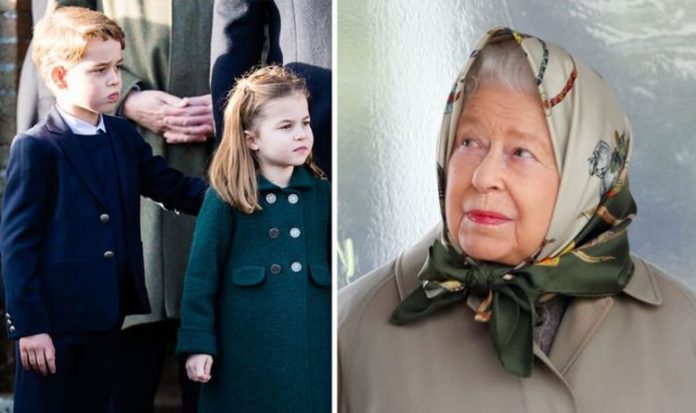 Kate, Duchess of Cambridge, 38, and Prince William, 38, are understood to have taken their three children – Prince George, seven, Princess Charlotte, five, and Prince Louis, two, to visit Queen Elizabeth II, 94, at Balmoral over the bank holiday weekend. While the family reunion would have been welcomed by all, there is one special tradition that was off the cards this year.

Prince George and Princess Charlotte delighted royal fans at Christmas when they attended the church service at Sandringham alongside their parents and other Royal Family members for the first time.

The Queen and Prince Philip, 99, have been based at Balmoral since early August and during her summer break there the Queen usually attends the nearby Crathie Kirk church every Sunday.

In previous years, the Queen has been joined by her Balmoral royal visitors for church but this year the beloved tradition is unable to go ahead due to health fears.

While Crathie Kirk has reopened following lockdown, the Queen’s attendance usually draws crowds keen to catch a glimpse of her and it is understood that this year she will not attend church as a “sensible precaution” amid the coronavirus pandemic.

George and Charlotte were homeschooled by William and Kate throughout lockdown and maybe eager to get back to school to be with their classmates.

The little ones will have to adapt to a new kind of teaching this year as strict social-distancing measures are put in place in schools across the country.

Zara Tindall and Mike’s eldest daughter Mia, six, is also due to return to school this week.

She was among pupils to return to school in May when classes returned for some age groups ahead of the summer holidays.

She received her GCSE results last month and proud mum Sophie has previously described her as clever.

The Countess said: “She’s working hard and will do A-levels.

“I hope she goes to university. I wouldn’t force her, but if she wants to. She’s quite clever.”