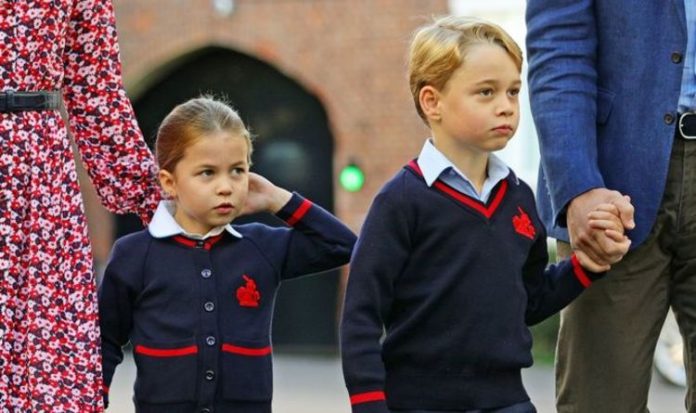 “In fact, they’ve already written their list for Santa and are nagging William and Kate to put up the Christmas tree.”

The three children, who are very eager to celebrate the festivity with their loved ones, have already developed distinct hobbies, according to the royal insider.

About the Cambridge children’s personalities, the source added: “George is well-behaved.

“All the kids are, but Charlotte and Louis both have a cheeky streak.

“Louis is more like Charlotte in personality than George!

“George is obsessed with helicopters, planes and marine biology.

“He can’t wait to be old enough to go diving.

“Charlotte loves gymnastics but has recently taken up kids’ yoga.

Typically, after the Christmas Day service the whole family tucks into a big meal that features an assortment of dishes.

When it comes to their traditional Christmas feast, the Royal Family like to “stick with the same meal year after year”, former royal chef, Darren McGrady, told Good Housekeeping.

In the morning of December 25 the Queen and her family have a “hearty breakfast” before heading to church.

Mr McGrady said: “After church, that’s when they have a big lunch that includes a salad with shrimp or lobster, and a roasted turkey, and all of your traditional side dishes like parsnips, carrots, Brussels sprouts and Christmas pudding with brandy butter for dessert.”