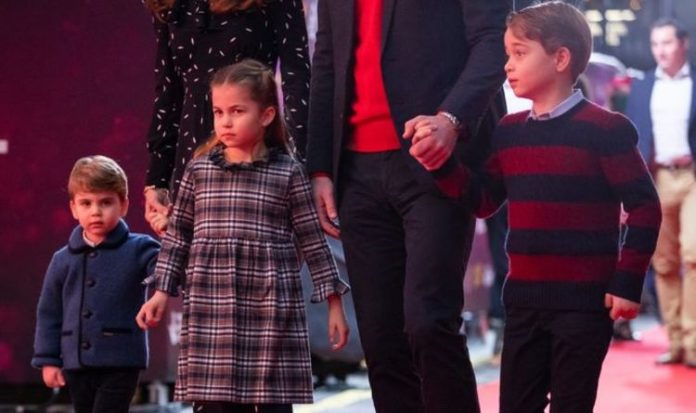 Nannies working for the Royal Family are trained to not say a certain word around the children, according to reports. For the monarchy, many of these nannies come from Norland College, which is known as the most prestigious nanny-training school in the world. Us Weekly Royally Us podcast hosts Christina Garibaldi and Molly Mulshine discussed what this meant for Prince George, Princess Charlotte and Prince Louis.

Ms Garibaldi told listeners: “There’s a report going around this week that there is one word that is banned for the nannies that work for the Royal Family.

“This is so funny – they’re not allowed to say the word ‘kids’.

“It just seems like such an odd thing to ban.

“It’s not banned by the Royal Family, just to be clear.”

She continued: “It’s something that happens in the nanny training.

“There’s a very prestigious nanny boot camp that they go to.

“They learn not to say ‘kids’ because they need to be respecting the children as individuals.

“I think they might be overthinking that one a little bit.”

She added: “That must be why they hire the nannies from that school.

“It’s a school that preps them for anyone.

“So they know the kids aren’t going to be treated with special royal gloves.”

Somerset Live have reported that the Cambridge children adore her.