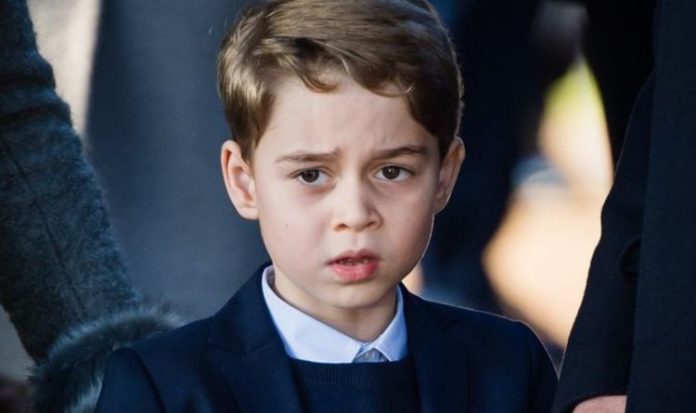 Prince George faced calls to return an artefact gifted to him by Sir David Attenborough last month. The young royal and the rest of the Cambridge family were joined by the legendary natural historian. Royally Obsessed podcast hosts Roberta Fiorito and Rachel Bowie discussed why Sir David’s present to third-in-line to the throne sparked an uproar.

Ms Fiorito told listeners: “He came to Kensington Palace and the kids met him outside in the garden after school on September 24.

“He presented Prince George with probably the best gift you could possibly get a seven-year-old.

“That was a fossilised tooth of a giant shark that he excavated himself during a family holiday in Malta in the late 1960s.

“The shark that it came from is thought to 23 million years old.”

She continued: “The tooth was massive too, like the size of George’s hand basically.

“The craziest part is Malta, the country, was asking for the tooth back.

“Then they reversed that position and said that was an unnecessary controversy they were stirring up and regretted it.

“The Prime Minister came out with a statement against the Minister of Culture who wanted the tooth back.”

‘A Planet for Us All’ will be released on ITV about the royal’s global mission to champion action for the natural world.