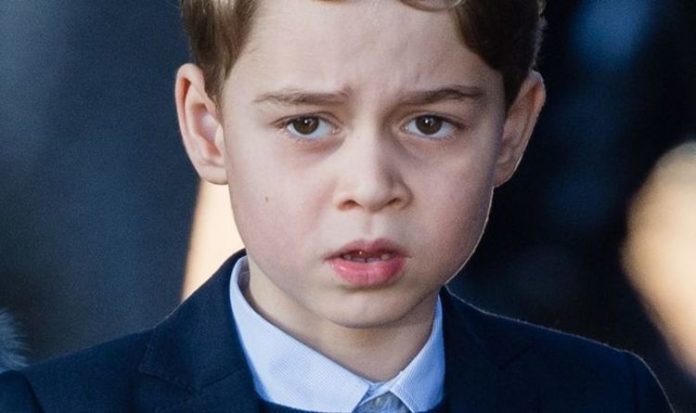 The Queen’s official birthday in June 2018 was completely overshadowed by her great-grandchildren, according to royal commentators. Prince George and his older cousin, Savannah Phillips, became the focus of Trooping the Colour that year. Royal experts spoke on the ‘Secrets of the Royal Palaces’ documentary about the surprisingly hilarious blunder.

The Crown Chronicles Editor Victoria Howard said: “[Trooping the Colour] is one of the few times each year that the whole Royal Family can get together.

“There are more than 40 people at times on the Buckingham Palace balcony.

“They play the national anthem to appreciate the monarch essentially.”

READ MORE: Kate and Camilla ‘laugh at husbands’ in ‘most ridiculous’ ceremony

She continued: “Of course the crowds will sing along, but the royals don’t.

“They stand to attention and respect the anthem.”

At the time Prince George was next to his cousin Savannah at the front of the balcony.

Mr Myers added: “She knew actually that the royals don’t sing along.”

Royal correspondent Simon Vigar said: “Those images go around the world. It’s what the royal photographers are looking for.

The experts noted that the funny incident was actually history repeating itself.

Thirty years before Savannah was caught shutting down Prince George, Prince Harry was seen on the balcony doing exactly the same thing to his cousin, Princess Beatrice.