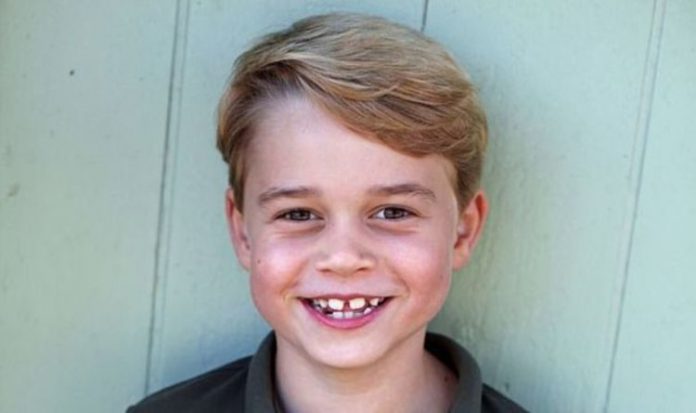 World-renowned chef Aldo Zilli has revealed the seven-year-old’s favourite food is a bowl of spaghetti carbonara. Aldo, 64, is an ambassador for the youth homeless charity Centrepoint and has had several encounters with George’s father Prince William, who is patron of the organisation.

Aldo described the Duke of Cambridge as “amazing” and said he was waiting for the green-light in order to cook the Italian dish for the family in Kensington Palace.

He said: “I’m waiting for the call because apparently his little boy’s favourite is spaghetti carbonara.

“So I’m waiting for the call to go and cook it for him.”

Aldo, who owns a string of restaurants in West London not too far from the Palace, joked Kate and William would have their work cut out in the kitchen once George had a taste of his version on the dish.

He added: “If George has my carbonara, he will never have another one.

“So I need to go and make it, let’s get the ball rolling, send me to the palace to cook.”

Aldo works closely with the charity after experiencing his own struggles with being homeless during his teenage years.

Born in the central Italian region of Abruzzo, Aldo moved to Germany to pursue his ambitions to work abroad.

But when he failed to find work, he quickly ran out of money and ended up sleeping on the streets.

Recalling his meetings with William, Aldo was full of praise for the 38-year-old and described him as an “absolute gent”.

He said the Duke takes time to get to know everyone’s individual stories and life experiences.

Speaking to the Mail Online’s FEMAIL, he said: “He’ll come over to you, speak to you about – he knows everything about everyone.

She said: “I’ve done that with George and Charlotte — making pizza dough.

“They love it because they can get their hands messy.”

Meanwhile, George is set to miss Christmas dinner with his great-grandmother the Queen this year after the monarch decided to scale back annual celebrations.

The Queen, 94, and the Duke of Edinburgh, 99, will not be travelling to Sandringham and will instead stay as a couple at Windsor Castle.

The Cambridge family are yet to decide on their festive plans but they have in the past spend it with Kate’s parents who live in the same county as the Queen in the Berkshire village of Bucklebury.