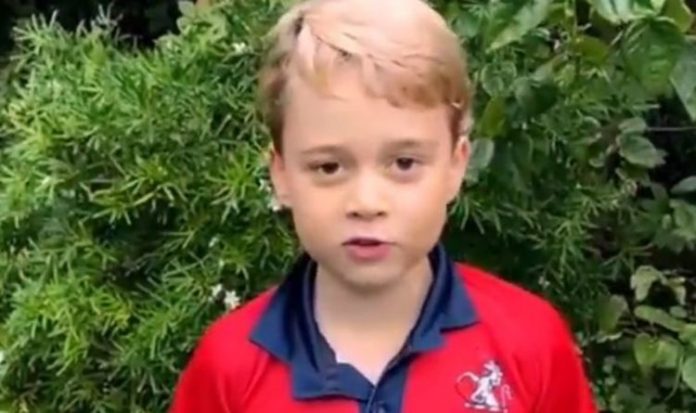 Prince George’s school “obsession” has been revealed by royal commentators. Royally Obsessed podcast hosts Roberta Fiorito and Rachel Bowie discussed new photos and footage released of the young royal and his siblings, Charlotte and Louis, with Sir David Attenborough. They also noted that one video released by the Duke and Duchess of Cambridge was a first of its kind for the family.

Ms Fiorito told listeners: “The school pictures are always amazing, we still want some of them from the Cambridges.

“We did get a little nugget about George’s schooling though.

“That just lines up with George and everything we kind of know about him.”

“He was also involved in one of my favourite royal things to happen recently.

“We heard the Cambridge kids talk, which has never happened in an official capacity.

“I lost it, I was freaking out, this was the cutest video.”

The film, ‘A Life On Our Planet’, has been released on streaming service Netflix earlier this month.

‘A Planet for Us All’ has been released on ITV last week and focussed on the royal’s global mission to champion action for the natural world.