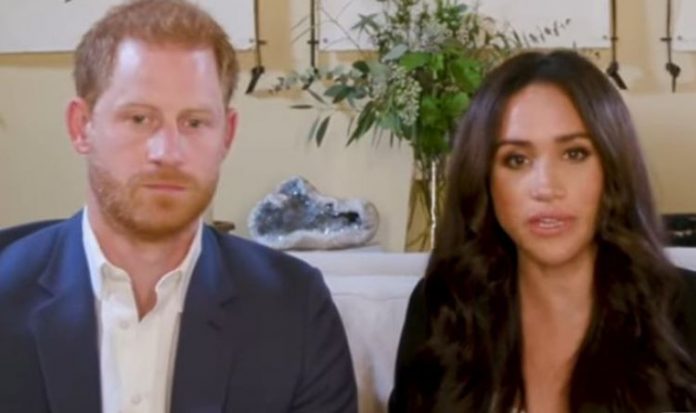 Prince Harry and Meghan Markle have been branded “formulaic” in their speaking delivery by a royal expert. Biographer Angela Levin spoke to talkRADIO following the Duchess of Sussex’s appearance on CNN to thank the “quiet heroes” who had done important work during the pandemic. However, Ms Levin claimed that the former working royal was trying to be “very regal” in her speech.

Ms Levin then went on to address Meghan’s speech delivery in particular.

She said: “I have to say I find her presentation of herself rather irritating.

“She does try to be very regal despite the fact that she wanted to get out of the Royal Family.

“She’s very regal, she talks down to us, she’s slightly patronising.”

READ  The name of Hull's new bridge is announced

Her involvement was a surprise and is her first appearance since revealing she had suffered a miscarriage earlier this year.

In her two-minute talk, she said: “Tonight, we are celebrating these quiet heroes, some of whom I know and others that we applaud from afar. We know the value of food; as nourishment, as a life source.

“And in the moments of crisis, the warmth of a meal can feel as comforting as a much-needed hug – especially in the absence of human contact due to the social distancing we’re all experiencing.

“In a year that has been universally challenging for everyone, I’m inspired by the stories of compassion in our communities. Across the country, people have put their own needs aside to come together and support the collective well-being of those around them.”