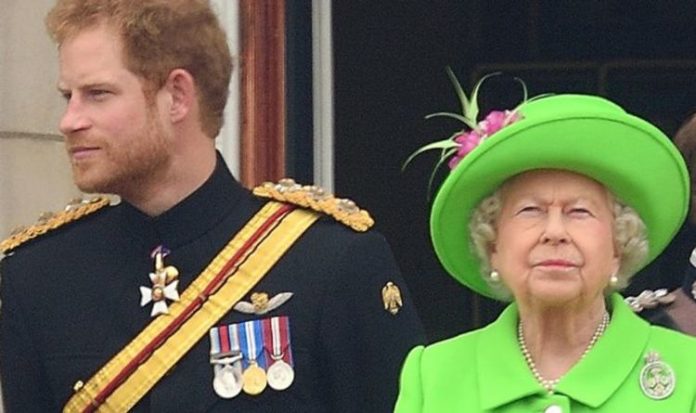 Prince Harry and Meghan Markle faced “a lot of anger” from the Palace when they announced their decision to step down, a royal commentator has claimed. The Duke and Duchess of Sussex reportedly released their statement about stepping back to the surprise of the rest of the Royal Family and courtiers. Experts spoke to Channel 5 documentary, ‘Meghan & Harry: The New Revelations’, about why this was seen as damaging to the Queen.

“But it seems, in their minds, they felt they simply had no choice.

“At the time in January, there was a lot of anger.

“As one very senior member of the Royal Household said to me, ‘You don’t put a gun to the Queen’s head’.”

She continued: “You don’t go public and say what you want.

“Their policy is to sort it out behind closed doors.

“Everyone tries to negotiate and then presents a united front.”

The Duke was forced to give up three of his honorary military appointments, which were said to have meant a lot to him.

He and his wife were also told that they would no longer be able to use their HRH titles.

The couple’s intention to withdraw from receiving public funds for royal duties was also confirmed in the exit deal.

Additionally, they pledged to repay the £2.4 million of taxpayer money that was spent on renovations of Frogmore Cottage, their UK home.

In September 2020, the refurbishment cost was repaid fully in one lump sum.