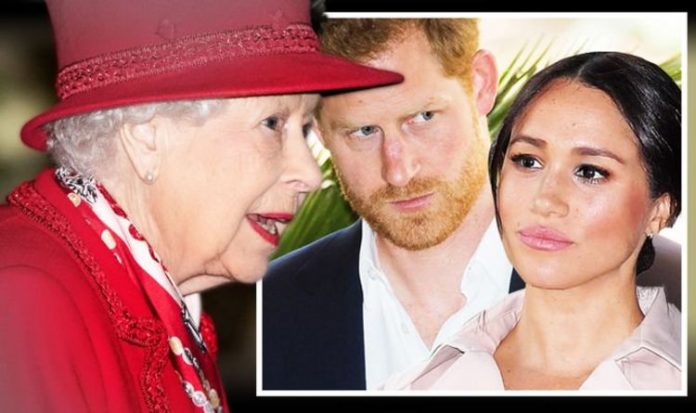 During an interview with Express.co.uk, Graham Smith urged the Royal Family to “do the right thing” and strip Prince Harry and Meghan Markle of their remaining royal titles. Republic is an organisation that campaigns for the monarchy to be abolished and Queen Elizabeth II to be replaced as head of state.

Mr Smith said: “Harry and Meghan should have done the right thing when they first left the Royal Family which was to renounce their titles and immediately renounce any claim on any public expenditure whatsoever.

“So this review needs to confirm that is going to happen.

“Anything short of that or any compromise where they can have their cake and eat it is not going to be good for the UK at all.”

The review of the Duke and Duchess of Sussex’s relationship with the monarchy marks a year since the couple decided to step down as senior members of the Royal Family.

Richard Fitzwilliams disagreed with Republic’s view and stated that the Duke and Duchess of Sussex will not be making further demands on the UK taxpayer.

Mr Fitzwilliams told Express.co.uk: “Their titles are in the gift of the Queen.

“They remain Duke and Duchess of Sussex, retain their HRHs but cannot use them.

“They are now self-sufficient financially but this needed commercial deals which would not have been appropriate for senior working royals.

“Everything that they are doing is keeping with that tone of respect towards the establishment and the monarchy.

“The general consensus is that this divorce has worked.

“They have set themselves up for what looks set to be an exciting future.”