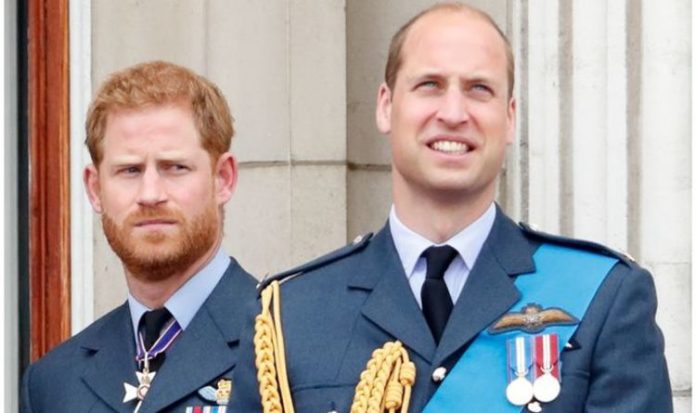 The brothers have faced ongoing claims of a rift which even saw Harry admit that they have “good days” and “bad days” and were “on different paths”. Ahead of the unveiling of a statue the pair have commissioned in honour of their late mother Princess Diana, royal author Omid Scobie claimed improvements in their relationship are “still minimal” but it is “moving in the right direction”.

And Mr Scobie insisted any tensions have not stopped them planning their memorial to Diana.

The royal biographer told OK! magazine: “Despite their differences, Harry and William have been equally involved in planning the memorial and sometimes have been in on the same calls or emails.

“No matter what has happened between them, they would never let anything stand in the way of this.

“It would be wrong to say their relationship is healed, but 2020 forced them to have many conversations.

“For instance when Charles was sick with Covid and then William. And when Meghan suffered a miscarriage.

“The focus on family pushes them forward and while progress with their healing is still minimal, it’s moving in the right direction.”

Mr Scobie added that William and Harry will put on a united display for the statue unveiling, which is due to take place on July 1.

He said: “William and Harry know all eyes will be on them when they reunite for their late mother’s memorial and how important it will be to not let what has happened in the past between them overshadow her memory.

The Duke and Duchess of Sussex shared plans to step back as senior royals in January 2020.

The announcement is said to have left other members of the Royal Family blindsided.

Tensions were visible between the Sussexes and the Duke and Duchess of Cambridge during their final engagement – the Commonwealth Day Service at Westminster Abbey.

Meghan and Harry are now living in an £11 million mansion in California with their son Archie.

As they launch new careers in America, the couple has signed lucrative deals with Netflix and Spotify to make shows and podcasts.

The Megxit arrangements are due to be reviewed after 12 months.