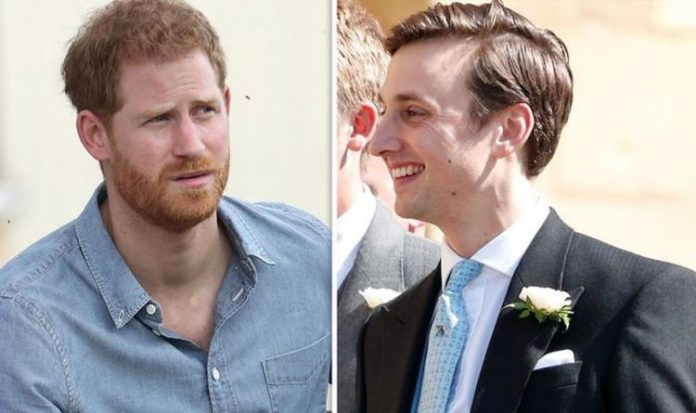 The authors write: “Then he covered Harry’s penchant for falling off horses while playing polo – generally due to nursing a hangover during the match.”

While Harry’s old pal had plenty of fun and the Prince’s expense, he rounded off the speech with some kind words.

Mr Scobie and Ms Durand write: “Having gotten his digs in (including a mention of the well-reported antics of Harry’s youth), Charlie turned emotional when talking about not just the prince’s struggles from losing his mother as a boy but the impressive way he had come through the other side of anger and depression.

“Diana would have been so proud and so happy to see that Harry had found love with such an amazing woman, Charlie shared, and she would be thrilled at the prospect of them starting their lives together.

“Meghan, he concluded was a phenomenal match for his dear friend, and he was so grateful to her for how happy she made Harry.”