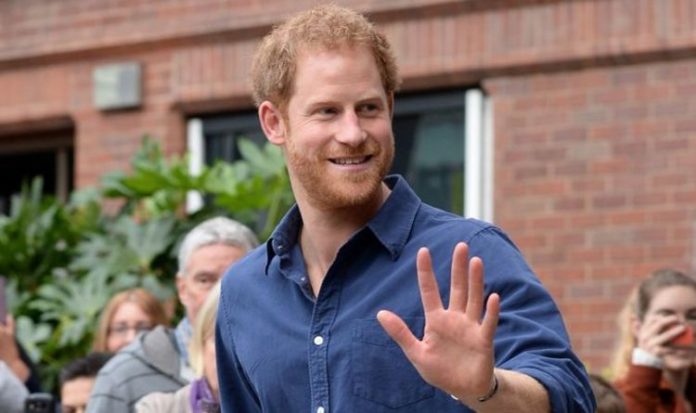 The Duke and Duchess of Sussex discussed how to create a safer digital world as part of Time100 Talks on Tuesday. During the virtual event, Harry showed he has already picked up Americanisms as he described opening a car bonnet as “popping the hood”.

He said: “When driving a car and all the warning lights are going off, there is smoke pouring out of the hood.

“You are not going to keep on driving. You pull over.

“In the olden days, you’d probably pop the hood up, have a look under it and maybe fix it.

“But now, every single one of these new cars has a shield over top so you can’t fix it – you’ve got to call experts in.”

Harry added: “The online world is affecting the world.

“It is not restricted to certain platforms of social media groups. This is a global crisis.

“These people we speak to there is no one else better to explain it.”

“This misinformation that seems to snowball from one place that is the online space and then ending up in our physical world, a lot of the time we don’t know where it comes from, we don’t know how to trace it back.”

He said the media’s role is “absolutely vital” in everything that is going on in the world, adding: “It always has been and always will be.

“I think there’s a huge amount of trust that we all put into media and digital platforms that sometimes is undermined.”

Harry continued: “There’s an overwhelming desire for everybody out there for truth, because there is so much information being thrown around from one side to the other.

“What is happening in the online world is affecting the world.

“It is not restricted to certain platforms or certain social media conversations or groups.

Meghan said: “It can feel really overwhelming to try to understand all the nuance of what happens online.

“It is all-encompassing and it affects us at a multi-faceted level.”

The couple described how they have spoken to professors and experts in the field, some of whom they consider friends, to share ideas on how to make the online space “healthier and better for all of us”.

Meghan and Harry are living in a mansion in California with their young son Archie.

They officially ended royal duties on March 31 and are launching new careers which include a lucrative deal with Netflix to make shows for the streaming service.