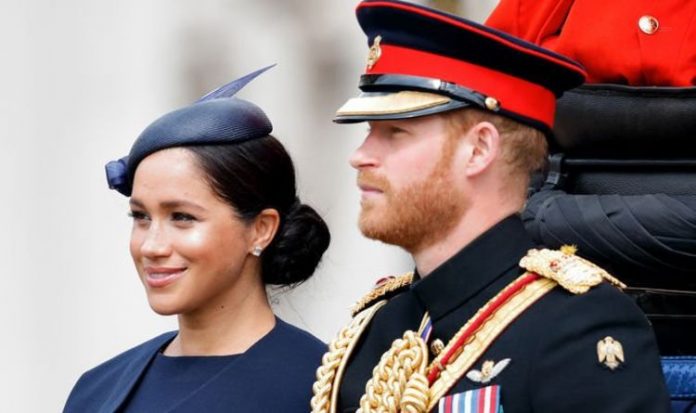 Prince Harry, 36, is to mark his court case victory over a British tabloid by donating the “substantial damages” he received to his Invictus Games charity that supports injured veterans. The Duke of Sussex successfully sued the Mail on Sunday for libel over claims he turned his back on the military after stepping down as a senior royal in March.

Harry served in the British Armed Forces for 10 years and is extremely proud of his military ties.

During his time serving in the forces, Harry rose to the ranks of Lieutenant Commander in the Royal Navy, Major in the British Army and Royal Marines and Squadron Leader in the Royal Air Force – ranks which he still holds to this day.

However, as a senior royal, he also held several ceremonial military positions including that of Captain-General of the Royal Marines.

It was agreed with the Queen that Harry would have to relinquish these honorary military titles after stepping down as a senior royal last spring.

READ MORE: Prince Harry seems ‘back to old self’ in ‘waffle-free’ statement

The Invictus Games were meant to be held last May but were pushed back amid the coronavirus pandemic.

They are set to go ahead in The Hague next month and Prince Harry is expected to attend if the pandemic allows him to do so.

In December The Games’ organising committee confirmed it remained committed to delivering the competition from May 29 to June 5, 2021.

“The updated sports schedule has recently been shared with all teams to ensure that all competitors are preparing their training accordingly.”

Ms Wenting added: “As the competitors continually demonstrate their resilience in combating the obstacles that life has placed in front of them, my team will show their own resilience in ensuring that we deliver the Invictus Games in the best form possible next May.”

Prince Harry is expected back in Britain this spring for a string of Royal Family events.

His grandfather Prince Philip, 99, is due to mark his 100th birthday on June 10 and Harry will likely want to be there to celebrate the milestone.

There are also plans for the Queen’s official Trooping the Colour birthday parade to go ahead in London on June 12.

While there are plans for Harry to come back to the UK it is understood Meghan Markle, 39, and Archie will stay put in the USA for the trip.