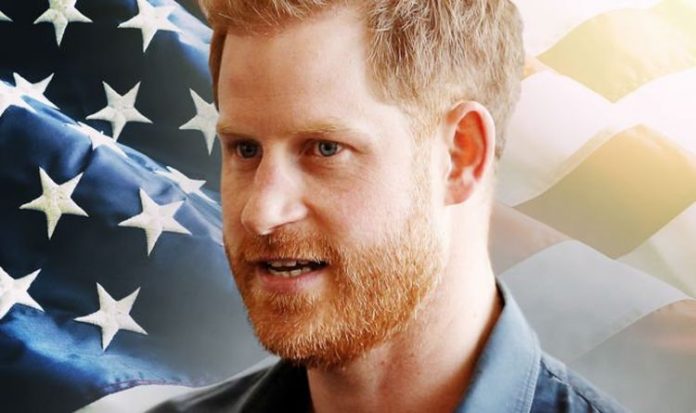 It has been 159 days since it was first reported on March 26 that the Duke and Duchess of Sussex had left Canada and settled in California. They have not been out of the country since. The cut-off to be considered a resident is 183 days, what is known as the ‘substantial presence test’. To be considered a resident alien and therefore a US person for tax purposes, one has to either have a green card or pass the substantial presence test.

Green card holders have the equivalent status to those with indefinite leave to remain in the UK, which Meghan could sponsor Harry for.

However, immigration and tax expert David Lesparance told Express.co.uk that Harry is unlikely to be in the US on a green card, as this would automatically make him a US person for tax purposes.

The substantial presence test counts the days if you have been in the US and if you meet certain criteria you count as having residency in the US and are liable to pay tax there.

To pass the substantial presence test, one has to have been physically present in the US for 31 days during the current year and 183 in the last three years.

Prince Harry is just two weeks away from being a resident alien in the US (Image: GETTY)

The couple have settled in Santa Barbara (left); Meghan and her son Archie Harrison (left) (Image: GETTY / Duke of Sussex)

Unlike in the UK, where the tax year starts in April, the tax year in the US is essentially the same as the calendar year, starting in January.

This means that if Prince Harry reaches 183 days this year, he will count as being resident in the US.

However, this test can be rebutted if the person is also a resident in another country, for example the UK, depending on where money was earned.

Harry and Meghan stepped down as senior royals at the end of March (Image: GETTY)

That said, if Harry were to stay in the US past that 183-day threshold, this would certainly raise the presumption for him to be considered a US person for tax purposes.

Harry and Meghan Markle are expected to return to the UK next year for an “extended period”.

Finding Freedom co-author Omid Scobie told the HierPod podcast that he expects the Duke and Duchess to attend Trooping the Colour and the unveiling of the Princess Diana statue.

What’s more, Harry will need to be in Europe for the Invictus Games, an international multi-sport event he founded in which wounded, injured or sick armed service personnel and veterans compete in nine adaptive sports such as wheelchair basketball.

Mr Scobie said: “In March, we have the Invictus Games, which has been rescheduled, in the Hague.

“In June, we have Trooping the Colour, which I imagine Prince Harry and Meghan would like to be at, and July 1, we have the unveiling of the statue.

“I would not be surprised if we saw the Sussexes spend an extended period of time in the UK next year.”

He added: “There are many reasons for them to be based in the UK for that period, depending on whether travel will be back to normal.”

If Harry and Meghan did decide to do this, the Duke could choose to be a US person for tax purposes this year, but a UK taxpayer next year ‒ only if he has a visa, not a green card, however.

Mr Lesperance told Express.co.uk that the O-visa, which he suspects Harry has, gives “maximum flexibility” in this way.

He said: “In another world, [Harry] could say, ‘we’re having another baby, I want to be home changing diapers, our activity for shooting a movie will be in the US so this year I will be a US person for tax purposes, next year I may not be’.

“Whereas, if you have a green card, you are a US person for tax purposes until you give up that green card.”

Mr Lesperance explained that Harry likely has a visa called the O non-immigrant visa, given to individuals with extraordinary ability or achievement in their field.

He added that Harry could use the fact that he founded and runs the Invictus Games to qualify for this visa.

Other famous people to have used the O-visa include celebrities like David Beckham, Justin Beiber, Rihanna, Piers Morgan and Lily Allen.