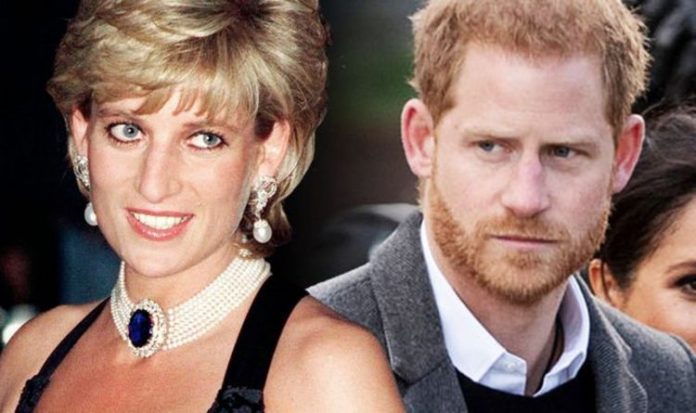 Royally Obsessed podcast hosts Roberta Fiorito and Rachel Bowie discussed the troublesome experiences Prince Harry had to endure as a child. While discussing an interview Prince Harry made in 2017, the pair remarked on the emotional impact on the Duke following the death of his mother Princess Diana. Prince Harry and brother Prince William have often been reluctant to discuss the emotional details of this traumatic time period.

Ms Fiorito insisted that it would have been a heartbreaking moment for Prince Harry to mourn the death of his mother with millions of eyes around the world focussing on him during the funeral.

She said: “There was a letter from Prince Harry that makes me want to tear up.

“The letter was on Princess Diana’s coffin and it was addressed to mummy.

“Harry spoke about walking behind his mother’s coffin in an interview with Newsweek in 2017.

“Prince William and Prince Harry were closer than brothers.

“Watching that footage of the two of them with their mum is so hard to watch.

“Let us hope that the unveiling of their mother’s statue, absolutely blows the rift away.”

Princess Diana’s statue is set to be unveiled in the garden of Kensington Palace on July 1, 2021.