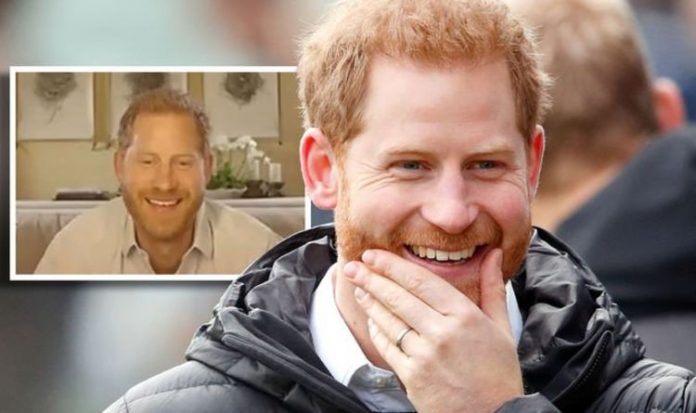 According to Judi, the Duke used “self-diminishing” gestures to put his audience at ease.

She said: “He self-diminishes by leaning forward into the camera with his arms pulled into his torso, making him appear genuinely humbled by the faces he’s watching on screen.”

Judi claimed Harry’s lack of “show-boating” in the new clip is a stark change from the “guru-like” persona he has more recently adopted.

She said: “There is no show-boating or posturing from the prince here, he appears almost overwhelmed by emotion to be seeing these familiar faces.”