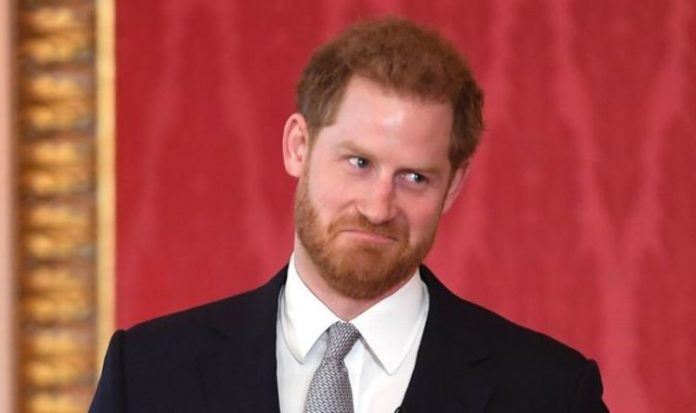 Prince Harry has been heavily criticised by a royal expert who has accused the Duke of “doing very little for his nation”. Author Hugo Vickers has warned it would be “catastrophic” for him to stay in the line of succession, and urges Harry to “step aside” from the lineage.

Writing for the Daily Mail, Mr Vicker said: “Harry is no longer fully able to support his Royal titles from that distance, although a lucrative deal with Netflix suggests he is willing to cash in on them nonetheless.

“And he is certainly doing little for his nation in comparison with the many hard-working – and less senior – Royals who toil in their duties uncomplainingly.

“That is why I now believe Harry must take one step further still and do the only honourable thing in the circumstances: offer to step aside from the line of succession.

“As the sixth in line to the throne, it would take a catastrophic turn of events for him to be called upon as King.

The royal author went on to say the prospect of Harry as King is “not a comfortable prospect”, especially in light of recent evetns.

On Friday the Duke and Duchess of Sussex confirmed they would be permanently stepping down as senior members of the Royal Family.

As Megxit has now become lifelong, the Duke and Duchess of Sussex will lose their patronages and Harry will officially forgo his honorary military titles.

“Her Majesty cannot remove her grandson from the line of succession without it seeming vindictive, something she is most certainly not. Duty comes first, but she is fond of her family.

Yet the alternative, that Harry maintains a claim to the throne, is equally unthinkable.

“Harry has already made it very clear that he was unhappy in his role as a working member of the Royals. So why would he not take the final step and move aside?

The British royal line of succession is regulated by family descent as well as by Parliamentary statute.

As a result, for Prince Harry to be removed from the list, Boris Johnson’s Government would have to step in and propose a Bill outlining this.