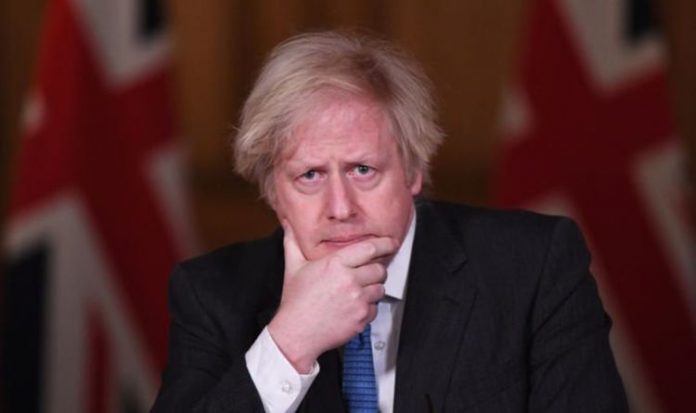 Prime Minister Boris Johnson is due to address the nation on Monday, revealing his ‘roadmap’ out of lockdown. The UK has been under its third national lockdown for the entirety of 2021 so far, with schools closed, non-essential shops shut and Britons told to stay at home.

The vaccination effort has been key to the relaxation of restrictions and has now been given a new target.

Prime Minister Boris Johnson has set the deadline for vaccinating all adults aged over 50 – as well as those with underlying health conditions which put them at higher risk – by April 15.

Ministers had set a target to offer vaccines to all adults by September, and to reach all those aged 50 and over in the first nine JCVI priority groups by May.

The quicker rollout will increase the pressure on the Prime Minister to relax lockdown measures sooner.

“We also absolutely will be vigilant to the data on the way.

“We’ve currently seen other new variants that thankfully there’s very, very, very few of in this country now, but we’ve got to protect against them.”

The priorities for the Prime Minister is believed to be reopening schools and allowing families to mix.

Government sources have said among considerations are allowing two households to mix outdoors in the coming weeks.

Speaking from Downing Street on Monday, Mr Johnson warned the Government would be “cautious” when easing lockdown.

Previously, the Prime Minister had said his top priority would be the opening of schools – which may be a subject touched on in Monday’s briefing.

The Government has been intent on returning all students in England to school on March 8.

Also queried have been the reopening of non-essential shops and hospitality venues.

On February 16 Mr Johnson said there was not enough data on the impact of vaccines on reducing the spread of infection to narrow down dates for schools, shops, pubs and restaurants reopening.

Suggestions have been for pubs potentially to open in April, but without serving alcohol.

However, nothing has been confirmed as yet.

The reopening of non-essential shops is another key milestone, however, similarly does not have a date.

We will find out more come 7pm on Monday.