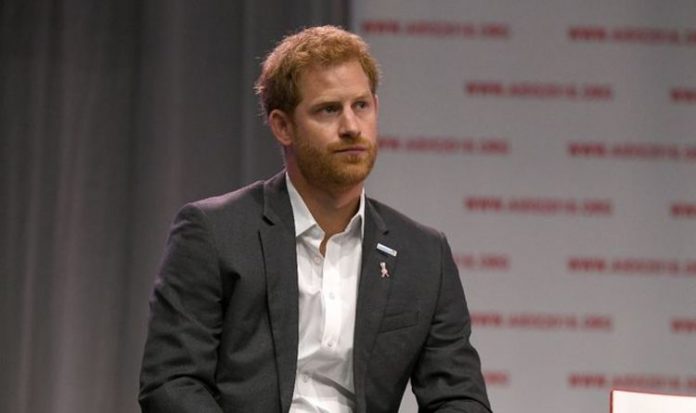 The Duke of Sussex and his cousin were always particularly close thanks to the friendship their mothers shared, which led to them spending time together. A new controversial biography about the Sussexes, Finding Freedom, revealed that the pair are the “closest of friends”.

Authors Omid Scobie and Carolyn Durand wrote: “Eugenie had always been more than just a cousin to Harry.

“They were also the closest of friends.

“Like Harry, Eugenie is loyal, honest, and great fun.”

So it was only natural that Harry would confide in Eugenie when it came to his personal life, meaning she was one of the first people to find out about Harry’s relationship with Meghan Markle.

The authors added: “Harry had always confided in his cousin when it came to the women in his life.

“Not only did he trust her implicitly, but friends say that she gives great advice and has always been ‘beyond wise’ for her years.

“She was nothing but encouraging about his new relationship.

“In fact, Eugenie, who’d long wanted to see her cousin settle down and be happy, told friends she loved Meghan and that she was ‘just the tonic’ for him.”

But Harry’s secretive friendship with Eugenie also sparked controversy with sources claiming that the Sussexes and Eugenie and her husband, Jack Brooksbank, had planned for the latter couple to move into Harry and Meghan’s residence, £11million Frogmore Cottage.

According to the source, the Queen was only told about the couples’ idea after they had laid out a plan.

Speaking to the Sun, the source said: “Senior royals were initially blindsided by the idea for Harry and Meg to let Eugenie and Jack move in.

“But it is very much a deal done between Harry, Meghan, Eugenie and Jack.

“There is a close bond between them.”

According to a source quoted by the newspaper, while the Windsor residence remains the Sussexes’ base in the UK, the couple have had their belongings shipped to California, where they currently live.