Prince Harry has written an open letter to business leaders and investors urging them to help change social media through their choices. The Duke of Sussex argued the digital landscape is “unwell” and filled with hatred, division and fake news.

But big investors can make their voice heard by using their money as a leverage to ask for a change on these social media platforms, Harry added.

As he outlined the discussions which made him realise there was a wide problem on social media perceived both by experts as well as youngsters, Prince Harry used the word “remodelling” with one L.

He wrote: “From conversations with experts in this space, we believe we have to remodel the architecture of our online community in a way defined more by compassion than hate; by truth instead of misinformation; by equity and inclusiveness instead of injustice and fearmongering; by free, rather than weaponised, speech.

“This remodeling must include industry leaders from all areas drawing a line in the sand against unacceptable online practices as well as being active participants in the process of establishing new standards for our online world.”

In another passage, the Duke of Sussex compared the ongoing studies on the impact social media is having on young people to the ones carried out in the 1970s on lead.

The Duke wrote: “In the 1970s, there was a groundbreaking study on the societal effects of lead exposure and kids.”

A few lines below, Harry opted for the word “children”, more common in British English.

He said: “Eventually, sweeping health and environmental reforms were put in place to change this.

“We knew something was harmful to the health of our children, so we made the necessary changes to keep them safe, healthy, and well.”

This is not the first time the Sussex household is caught using Americanisms.

During the months in which their Instagram account, Sussex Royal, was active, both royal commentators and fans were left asking whether Meghan Markle and Prince Harry were writing some of their social media posts themselves.

Noting the informal tone used as well as the choice of a few Americanisms, a few experts started to think Meghan was the real author of the posts.

Commenting on a Sussex Royal Instagram message in which the Duke and Duchess were thanking fans for donations made to a few charities ahead of the birth of Archie, royal commentator Victoria Murphy wrote on Twitter: “Really interesting to see the informal and personal tone the #SussexRoyal social posts use, directly addressing the reader.”

Hello! magazine royal correspondent Emily Nash replied saying: “And the use of the word ‘diapers’!”

ITV royal editor Chris Ship also chimed in saying: “I think Meghan has written most of those Insta posts. And good for her.

“Why should we not expect the principals to do things directly and personally.”

Patricia Treble, a Canadian royal expert, expressed a similar opinion saying: “The informal style of writing– ‘YOU chose to be part of the collective good’ — combined with North American idioms such as ‘diapers’ suggests Meghan may have written the thank you post”. 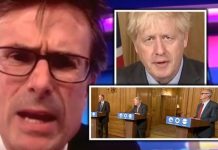 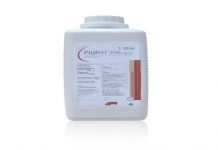