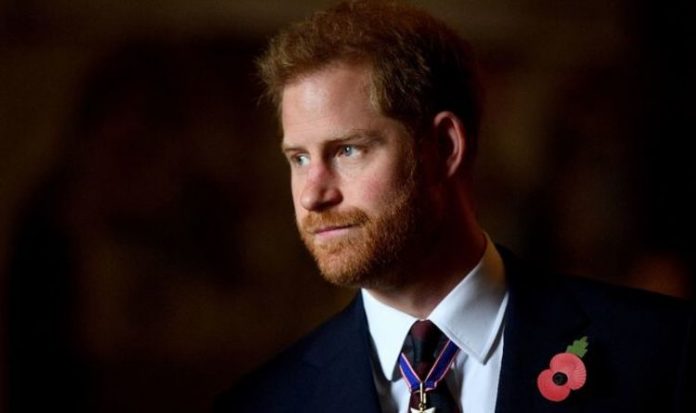 The Duke of Sussex spoke in honour of “these men and women who have given up so much” in order to serve their country. He said: “From time with family to birthdays missed and even births missed.

“It’s for that reason that I created the Invictus Games – to give injured servicemen and women a platform to excel and reaffirm their values of resilience, of community and strength, which are inherent in each and every one of us.”

About his time in the military, he said: “My experience changed my life forever and for the better.

“It changed how I viewed sacrifice and service.

“I was born into a life of duty, but it was during my decade in the army that I committed to a life of service.”

The star-studded event was celebrated virtually for the first time in its 14-year history due to the coronavirus pandemic.

Harry seemed to reference the coronavirus pandemic in his speech and gave advice on how to overcome the hardships posed by the health crisis.

READ MORE: Royal Family LIVE: Meghan and Harry’s actions at ‘whatever the cost’

Prince Harry served in the military for a decade, undertaking two tours of Afghanistan during his time as a serviceman.

He held a series of military roles that were removed when he and his wife, Meghan Markle, decided to step down as senior royals.

But royal commentator Richard Fitzwilliams told Express.co.uk the Duke’s roles could be restored.

Mr Fitzwilliams said: “Firstly the deal will be reviewed before the end of next March. That’s all we know so far.

“The Sussexes are now making their own way and are self-sufficient financially.

“So to what extent that will change the intentions simply isn’t clear.”

He added: “I do think it’s right to bring up Harry’s military links.

“All these roles are significant, particularly Captain-General of the Royal Marines.”