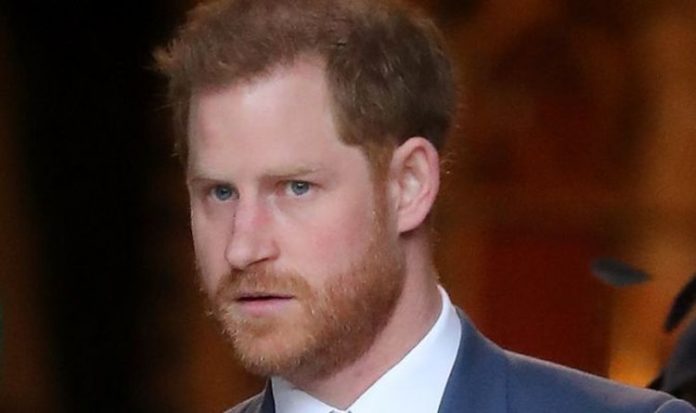 The new unauthorised biography documenting Prince Harry and Meghan Markle’s time in the Royal Family has been released. Royally Obsessed podcast hosts Roberta Fiorito and Rachel Bowie discussed ‘Finding Freedom’ and the new insights it offers. The commentators pointed to one major revelation concerning the Duke of Sussex’s “emotional” loss of his military titles.

Ms Fiorito told listeners: “His biggest disappointment, the book alleges, is when he was stripped of his honorary military appointments.

“It is a tough pill to swallow and the one that has been the most painful for Meghan to witness him go through, a source said.

“It’s the one that made Harry emotional.

“Meghan later told a friend it was so unnecessary as it was not just taking away something from him, but the entire military and veteran community.”

Ms Bowie added: “We kind of knew some of this before. He looked very emotional at the Mountbatten Festival of Music, one of their last events as royals.

“I think that it was so obvious that that is something that was so meaningful to him.

“I also think it was interesting because the book also shares that Meghan also had a teary goodbye.”

As part of the Queen’s exit deal for her grandson and his wife, the Sussexes were required to withdraw from royal duties, including official military appointments.

Both Prince William and Prince Harry have had proud links as well.