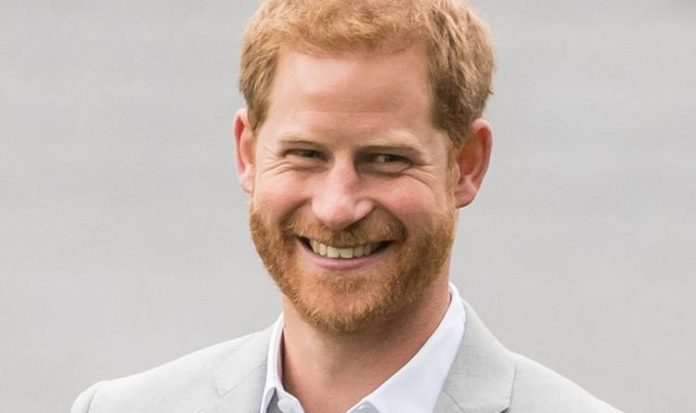 Prince Harry remains deeply “involved” in the Diana Awards, the charity launched after the death of the Princess of Wales to carry on her legacy, its CEO has confirmed. Tessy Ojo, head of the Diana Awards as well as a philanthropist, anti-bullying advocate and brand ambassador, opened up on the Duke of Sussex’s involvement with her charity after he and Meghan Markle relocated to California.

“He attended our awards ceremony over the summer virtually.

“Not being in the UK won’t stop him being involved.”

Prince Harry marked Diana’s 59th birthday on July 1 by delivering a speech to outstanding youngsters who continue the princess’ legacy.

Prince Harry is still committed to support charities based in the UK (Image: GETTY)

Both Prince Harry and Prince William are supporters of the Diana Awards (Image: GETTY)

In his impassioned speech, the Duke spoke extensively about endemic racism and the Black Lives Matter movement.

He said: “I know that my mother has been an inspiration to many of you, and I can assure you she would have been fighting in your corner.

“Like many of you, she never took the easy route or the popular one or the comfortable one.

“But she stood for something, and she stood up for people who needed it.

Prince William wrote a letter to Tessy Ojo to congratulate on her CBE (Image: GETTY)

“Right now, we are seeing situations around the world where division, isolation, and anger are dominating, as pain and trauma come to the surface.

“But I see the greatest hope in people like you, and I’m confident about the world’s future and its ability to heal, because it is in your hands.”

Ms Ojo, who was awarded a CBE earlier this month after being included in the Queen’s Birthday Honours list, also spoke about the work Prince William and Prince Harry have been carrying out for the Diana Awards over the years.

Both brothers, the CEO noted, want to honour their mother’s legacy and don’t care about plaudits or attention.

She said: “Both brothers are very involved in our work, so it felt special to get this from them.

“Prince William is particularly involved in our Anti-Bullying Programme and only a few years ago, brought all the tech giants together to try to tackle cyberbullying, and that came off the back of him meeting young people who’d wanted to take their own lives.

“He felt connected, and set up this incredible task-force.

“Prince Harry is also involved in our Mentoring Programme and last year, he gave the keynote speech at the very first UK National Youth Mentoring Summit.

“Both the brothers are the best.

“I love the fact that they care deeply.

“They never do things just for the photos, they roll up their sleeves.

“They’ve been brought up to look after their mother’s legacy.”

Ms Oje first met the brothers in 2007, in the run up to the commemorations for the 10th anniversary of the death of Princess Diana.

Ever since, William and Harry created a bond with the charity’s head.

Ms Oje was among the guests at Meghan and Harry’s wedding.

Speaking about the “pinch-me moment”, Ms Oje recalled being able to meet Oprah Winfrey, whose TV shows accompanied her through her childhood.

Both brothers also congratulated on Ms Oje for her deserved CBE.

Ms Oje continued: “There was also a lovely message from The Duke of Sussex’s office too, offering his congratulations.

“I feel incredibly honoured to receive these messages and will certainly cherish it for a very long time.

“Both brothers are very involved in our work, so it felt special to get this from them.”