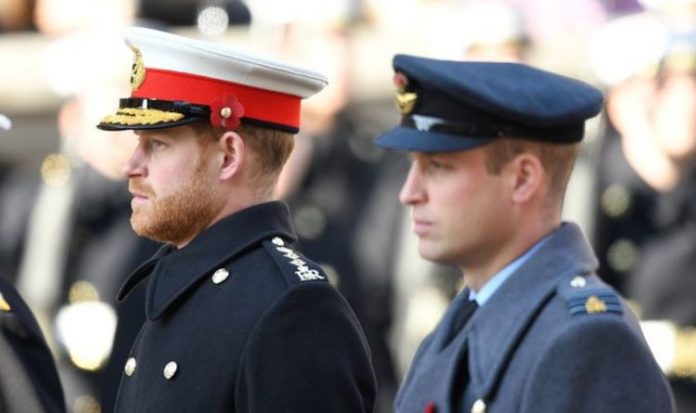 Carolyn Durand, co-author of Finding Freedom, revealed some of the contents of her and royal correspondent’s Omid Scobie’s book during an interview with Today. Ms Durand claimed that the disagreement between Harry and William starter in 2016, when Prince Harry first met Meghan Markle.

The rift was reportedly initiated by comments from William indicating his brother should “take some more time getting to know Meghan”.

Ms Durand said: “He expressed to him, maybe he wanted to take some more time getting to know Meghan.

“This was simply because the boys had watched our for each other since they were young children.”

But she explained that the brothers did not fall out due to anger or resentment, but rather due to reciprocal feelings of “hurt”.

Ms Durand said: “As we write in the book, it wasn’t anger. It was hurt.”

The new title also reveals that the brothers “hardly spoke” in the months following the conversation.

Sources close to the Royal Family alleged that tensions only increased after Harry married Meghan in 2018.

But the relationship between the two brothers only got worse after the Duke and the Duchess of Sussex announced their intention to step back as senior members of the Royal Family.

READ MORE: Coronavirus test result: How long to get your COVID-19 test results?

She said: “They actually made a promise to each other in Botswana initially underneath the stars.

“And when Harry got back to London, then he did propose over a roast chicken.”

But the coronavirus pandemic is said to have brought William and Harry closer together and have started to make amends.

Ms Durand said the brothers are slowly “making their way back to each other”.

Ms Durand said: “Like in any family, there have been some ups and downs, but the brothers are making their way back to each other. And that will take some time.”