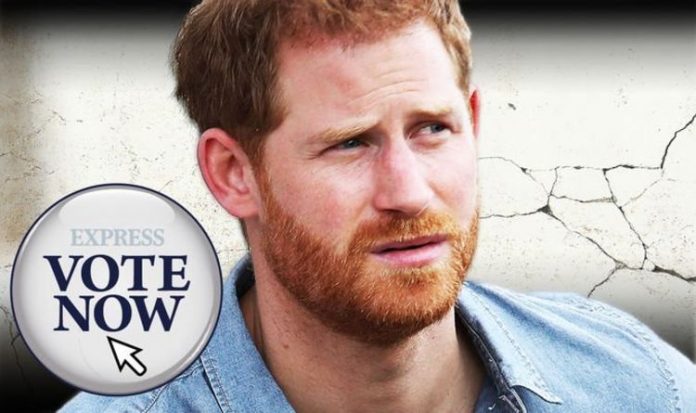 This year, Prince Harry and Megan Markle announced they were stepping down as senior members of the Royal Family. They are now living in Los Angeles with their young son Archie.

But as the rest of the Royal Family remembered the fallen troops on Remembrance Sunday, Prince Harry was snubbed despite serving more than 10 years in the military.

Prince Harry is believed to be “deeply saddened” after his request was denied by courtiers because he is no longer a working member of the Royal Family.

Despite stepping down from the Royal Family, the Queen has kept the door open for Prince Harry’s return to frontline royal life.

But this latest snub indicates a return would not necessarily be an open-and-shut case.

However, royal author Phil Dampier warned Harry cannot “have his cake and eat it” regarding the snub.

He tweeted: “Quite right. #PrinceHarry is no longer a working Royal.

Despite his request being refused, Harry and Meghan were photographed laying wreaths in Los Angeles following the snub.

While not attending the event, Harry told the Declassified podcast: “The act of remembering, of remembrance, is a profound act of honour.

“It’s how we preserve the legacies of entire generations and show our gratitude for the sacrifices they made in order for us to be able to live the lives we live today.

“Like the first time we were shot at and who I was with, the casualties we saw, and those we saved.

“And the first medevac we escorted out of contact in a race against time. Once served always serving, no matter what.

“Being able to wear my uniform, being able to stand up in service of one’s country, these are amongst the greatest honours there are in life.

“These values are put in action through service, and service is what happens in the quiet and in the chaos.”