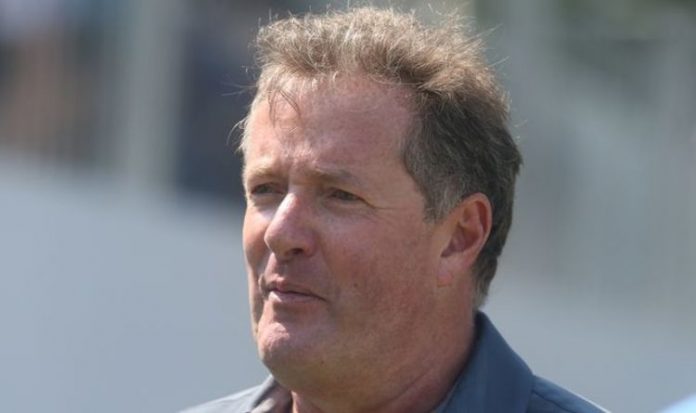 The popular royal drama depicts the lives of the Royal Family through the years, with the most recent fourth season dropping last week. Series four portrays the troubled marriage of Prince Charles and Princess Diana, which has caused backlash from royal insiders.

One accused the show of “dragging things up that happened during very difficult times”.

They told the Daily Mail: “That isn’t right or fair, particularly when so many of the things being depicted don’t represent the truth.”

Now, Piers Morgan, who has lavished the most recent series with praise, has hit out at Prince Harry for his relationship with Netflix.

The Crown was produced for, and distributed by, the popular online streaming service.

The Good Morning Britain host remarked how Prince William is said to be “enraged” by how his parents Princess Diana and Prince William are depicted in the show.

However, he claimed Prince Harry “doesn’t seem to share” these same opinions.

At the same time, the columnist said he did not blame Netflix for making the “highly entertaining” drama, adding: “I don’t believe dramas should have to stick rigidly to facts to tell a story.”

He told : “As for the portrayal of the family, I suspect they might even be sympathetic with some of it.

“And of course, the couple were very unhappy as senior members of the family.”

Peter Morgan, the show’s creator, has admitted he had to “conflate” events depicted in the show, and told The Times: “You sometimes have to forsake accuracy, but you must never forsake truth.”

Prince Harry and wife Meghan Markle were reported to have signed a multi-year deal with Netflix in September this year.

It’s understood the two royals will make documentaries and feature films as part of the deal.

The Duke and Duchess of Sussex said in a statement: “Our focus will be on creating content that informs but also gives hope.”

The streaming service is thought to have nearly 200 million subscribers around the world.

The royals’ deal with Netflix came around half a year after they stepped down as senior royals and moved to Los Angeles.

They currently live in the Californian region of Santa Barbara, having left LA in the summer.