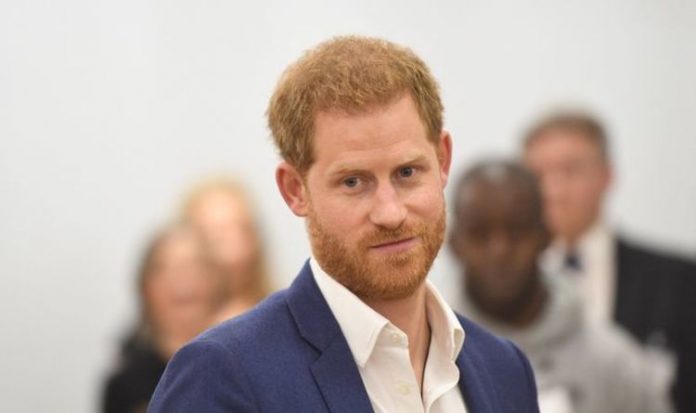 A source close to Prince Harry has refuted claims that the Duke of Sussex called the Queen asking her “what the hell is going on?” after Meghan was denied access to her wedding tiara. The source added that the claims were “completely ridiculous”.

Omid Scobie, the co-author of Finding Freedom – an explosive new biography about the Sussexes – has defended himself from claims that he said Harry shouted during the phone call.

During the alleged conversation, the Duke is said to have enquired whether Meghan would be able to try on her diamond bandeau tiara with her hairdresser ahead of the wedding.

In the reported call, Harry describes a tussle with the Queen’s long-time dresser Angela Kelly.

Mr Scobie said in an interview with True Royalty TV that the Prince Harry was reportedly angry at Ms Kelly after she “deliberately dragged her feet” when Meghan asked to see the headpiece before her wedding day.

In the interview, Mr Scobie said: “Harry had to intervene.

“He called his grandmother and said, ‘I don’t know what the hell is going on. This woman needs to make this work for my future wife’.

“And of course, we can kind of see now where this ‘what Meghan wants, Meghan gets’ narrative came from.

“Harry felt that there were those within the institution that would stop at nothing at the very least to make Meghan’s life difficult.”

In Mr Scobie’s book, co-authored by Carolyn Durand, the situation between Harry and Ms Kelly is described as a “heated exchange”.

The book states: “What followed between the prince and Angela was a heated exchange that was far from the typical restraint expected.

“According to a source, Harry had no problem confronting the issue had on. ‘He was fed up,’ said the aide.

“In the end, Harry had to speak to his grandmother about the situation. And she got her trial.”

According to the authors, a senior Buckingham Palace aide insisted Harry was being “oversensitive” when he accused Ms Kelly of trying to make things difficult for the Duchess.

But a source close to the Duke said “nothing could convince Harry that some of the old guard at the Palace simply didn’t like Meghan and would stop at nothing to make her life difficult”.

A friend said: “Meg had flown her hairdresser over from Paris for a hair practice and they needed the tiara.

“He was furious at the treatment of his then fiancee. Such a snub.”