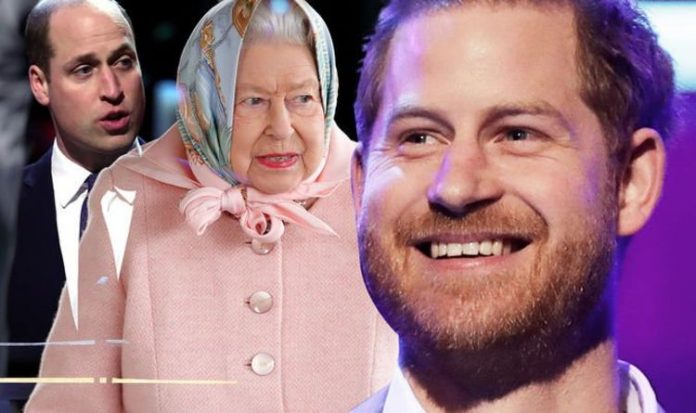 Graham Smith, the CEO of Republic told Express.co.uk that the UK taxpayer does not owe the Royal Family a living and they should seek to become financially independent like the Duke of Sussex. Republic is an organisation that campaigns for the monarchy to be abolished and Queen Elizabeth II to be replaced by an elected, democratic head of state.

Mr Smith said: “The taxpayer does not owe the Royal Family a living.

“Many years ago they should have all done what Harry has done and become financially independent.

“That is not a great sacrifice on their part, that is just what the rest of us have to do all the time.

“There is no reason why the taxpayer should be paying for any of them.

READ MORE: Meghan Markle and Prince Harry warned on use of royal loophole

“They should all follow Prince Harry’s example and stop costing the taxpayer millions of pounds every year.”

Mr Smith added: “It might be an idea for William to take a leaf out of his brother’s book and walk away, for Prince William to call this whole thing off.

“I am not sure William or Charles are going to carry the support that the Queen has.

“I do not know if they are going to want to do the job in the way the Queen has.”

“This excludes the benefits from the Duchy of Cornwall which pays for the Prince of Wales and Duchess of Cornwall and the Cambridges.”

He added: “Also, the Duchy of Lancaster from which the Queen pays for the other working royals. The taxpayer is not involved.

“There is no mention of the benefits from having the world’s most high profile monarchy as we do, in which there is such vast media interest, the revenues accrued from tourism, from royal trips abroad for British business and for charity given the 2000 engagements which, in a normal year, the royals undertake and the over 3,000 organisations which have royal links and value these greatly.”