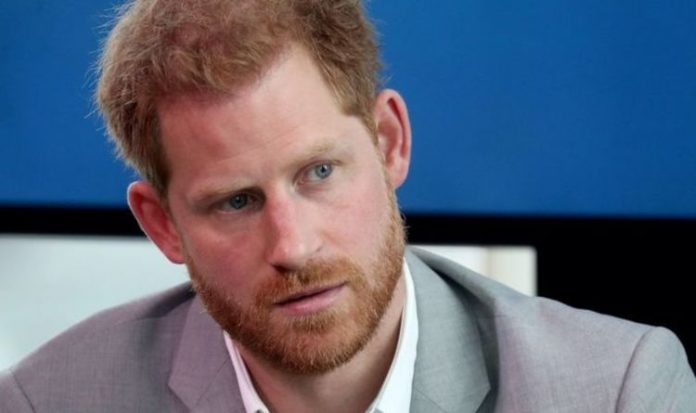 Prince Harry sat down for an interview with WaterBear’s CEO Ellen Windemuth and Head of Strategy Sam Sutaria, during which he spoke about the environment, climate change and his worries for Archie. The Duke of Sussex candidly revealed becoming a father has changed him and made him even more committed to mitigating the devastating effects climate change is having on the environment and planet earth.

“Being in nature is the most healing part of life and I truly believe that that’s one reason why it is there.

“From the moment you become a father everything really does change because you start to realise…what is the point in bringing a new person into this world when they get to your age and it’s on fire?

“I’ve always believed that hopefully, we can leave the world in a better place than when we have found it.

“So I think we really need to take a moment to think how do we get what we need and have our desires fulfilled without taking from our children and generations to come.”

Prince Harry supported the launch of Waterbear, a new free streaming platform which features only content focused on the environment.

The platform has a “take action” button which allows viewers to quickly put them in touch with NGOs (Non-Governmental Organisations) they are watching the content of, making it easier for them to donate or read more about their causes.

Prince Harry said of the WaterBear: “For me, it’s about putting the dos behind the says, and that is something that WaterBear is going to be doing: capitalising on a community of doers.

“There’s a lot of people that ‘say’, but this is about action.”

The Duke of Sussex has already opened up in the past on his concerns for his child’s future amid fears for the effect climate change is having on the planet.

In a letter he penned for the 2019 annual report of the African Parks in June, Harry said: “Since becoming a father, I feel the pressure is even greater to ensure we can give our children the future they deserve, a future that hasn’t been taken from them, and a future full of possibility and opportunity.

“I want us all to be able to tell our children that yes, we saw this coming, and with the determination and help from an extraordinary group of committed individuals, we did what was needed to restore these essential ecosystems.”

The Duke has been the president of this organisation since 2017.

Prince Harry told Dr Goodall while discussing earth’s finite resources and climate change: “What we need to remind everybody is: these are things that are happening now.

“We are already living in it. We are the frog in the water and it’s already been brought to the boil. Which is terrifying.”

The primatologist replied: “Happening and happened. It is terrifying.

“Especially as you’ve just had a baby.”

Asked whether having a child had changed his perception of the issues they were discussing, Harry replied: “It does make it different.

“I think, weirdly, because of the people that I’ve met and the places that I’ve been fortunate enough to go to, I’ve always had a connection and a love for nature.

“I view it differently now, without question.”