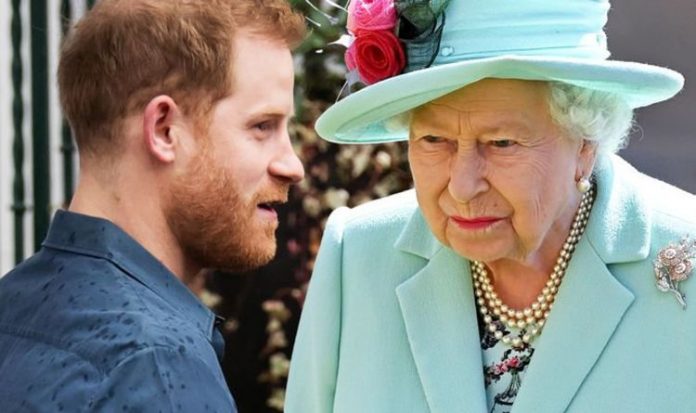 The Duke of Edinburgh remains in hospital and it is believed the Queen has updated her grandson on Prince Philip’s latest condition. Prince Philip has now spent six nights at London’s King Edward the VII hospital after being admitted last week. It was reported in the Mail on Sunday that Prince Harry called the Queen due to concerns about his grandfather’s health.

Prince Harry is believed to be self-isolating in his Californian mansion alongside his wife Meghan and their child Archie.

Insiders suggest the Prince is ready to return to the UK by private jet if his grandfather’s health deteriorates.

He has made it clear he wants to be “regularly informed” about the Duke of Edinburgh’s condition.

The Duke of Edinburgh reportedly walked into hospital unaided last week when he was admitted after feeling unwell.

A spokesperson for the Royal Family said the pair would permanently step back from “the responsibilities and duties that come with a life of public service”.

However, the couple said they would remain committed to the charities they are patrons of, stating “service is universal”.

The news of the couple’s final decision to permanently stay in California left the royal family reeling.

Harry and Meghan were stripped of their royal patronages as part of the split agreement.