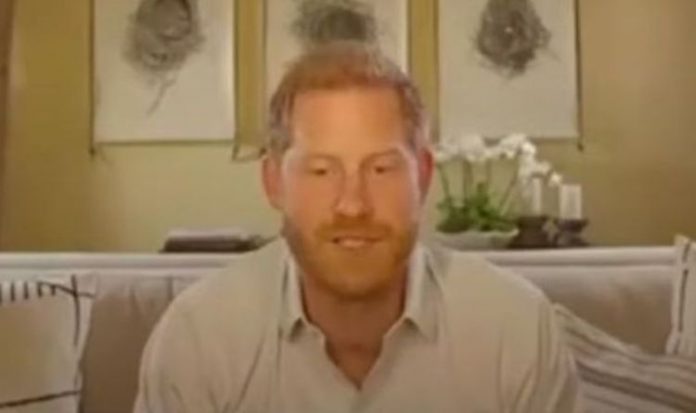 Harry gave royal fans a glimpse of professional lighting behind him during a video call on Friday. The Duke sat on a cream sofa and the light could be seen in the background to his left.

Harry took part in the video call with former winners of the WellChild Award, which recognises the achievements of children living with serious illnesses.

The royal, who has been patron of WellChild since 2007, told the group: “Your bravery, your strength, your optimism, your everything is just so unbelievably inspiring, incredibly refreshing as well.”

He also told the young people: “There’s never enough time in the day, or days in the week, to recognise every single one of you and recognise all your achievements.”

He went on to say: “But you guys know how many kids, and how many young people your ages, are struggling through life, but coming out on top every single day, and are inspiring their parents.”

Harry and Meghan have taken part in numerous video calls from their home in Santa Barbara.

Alongside the 14,500-square-foot main home there is a two-bedroom guesthouse on the seven-acre site.

The monarch held a summit with Prince Charles, Prince William and Harry to discuss the Sussexes’ future roles.

It was later announced that Meghan and Harry would no longer be working members of the Royal Family.

They officially ended royal duties on March 31 and are starting a new life in the US with their young son Archie.