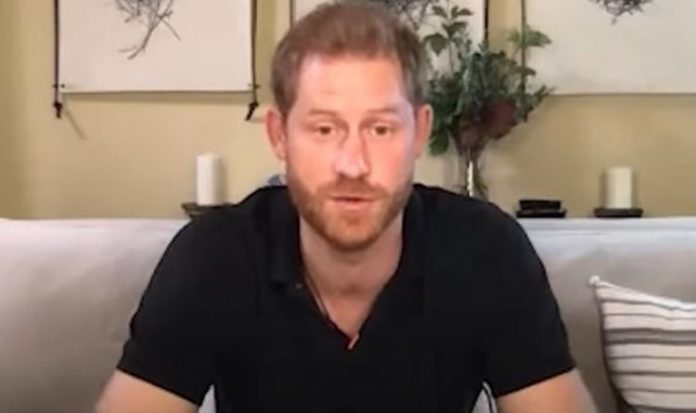 Military personnel “never really get recognised” for their accomplishments, Prince Harry has said in a new video  The Duke of Sussex had joined activist Patrick Hutchinson in a virtual call hosted by British GQ to discuss how to further anti-racism in the UK. Mr Hutchinson came into the public light after he was pictured lifting a counter-protester out of harm’s way during the Black Lives Matter marches in a defining moment.

The Prince told him: “I’m really grateful to you. I know this is part of your life, you didn’t do this for the credit.

“From the world that I come from, 10 years in the military, so much of what people do never really gets recognised.

“Guys don’t put the uniform on to do it for recognition, they do it because of what they believe in.

“Just seeing your image and just reading a little bit about you, I knew that anyway.”

Harry continued: “But to have a chance to actually sit and talk to you, albeit from 5,000 miles away or whatever it is, has just reaffirmed that to me.

“I think you are a shining example of how every single human being should operate and work and function.

“Even at a time where you have two groups that are at each other in such a sort of visceral level, like all that aside no red mist in you.

“You just came in, you did what was necessary and you saved a life.”

According to ‘Finding Freedom’, the unauthorised biography about Harry and Meghan Markle’s time as senior royals, this was his biggest disappointment of the exit.