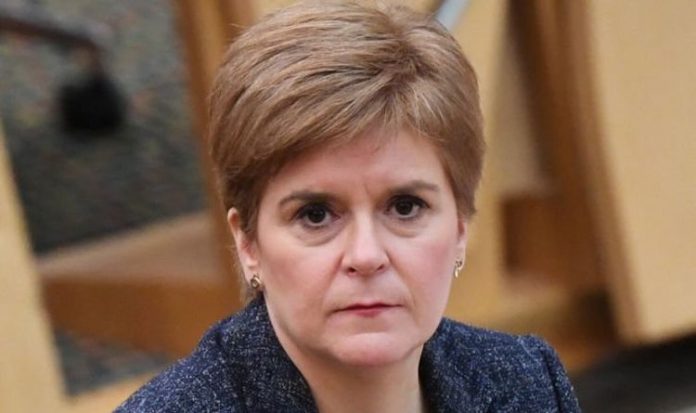 BBC Scotland director Steve Carson has said he “regrets” any confusion caused to its viewers over its coverage of the SNP leader’s daily briefings. In September, the BBC announced it would reduce its live broadcast of the daily COVID-19 announcements from the Scottish Government.

Going forward the BBC said it would base it coverage on “editorial merit”, while continuing to stream them online.

The decision sparked much confusion amongst viewers, who were left unsure as to where the programme would be shown each day.

Meanwhile, Ms Sturgeon also condemned the decision and insisted it was “more important than ever” to be able to speak directly to the Scottish people live on TV.

Appearing before the Scottish Parliament’s Culture Committee on Thursday, Mr Carson admitted the decision was not explained well enough to viewers.

He said: “I do regret, and I agree, that for a period of days people were incredibly confused as to what they thought the BBC were doing.”

Mr Carson added the BBC had a legal obligation to due impartiality and the original decision intended to make clear that coverage of the briefings was not as a result of any “directive”.

Mr Carson, who was appointed as BBC Scotland director in July, was also quizzed on the public perception of the BBC around the UK in the wake of a damning poll.

An Ofcom report found 64 percent of people in Scotland feel the BBC is “effective at informing, educating and entertaining people”.

Ms Sturgeon said: “What has struck me over the period that these briefings have been televised is that they have been particularly important to certain sections of the population that maybe don’t routinely go onto the internet.

“We are in unique circumstances right now and the ability for me and my colleagues to communicate directly with the public has never been more important.”

Ms Sturgeon added it was “for the BBC” and not Holyrood to decide on its coverage.

But added: “All I would ask is that they take that into account in the decisions that they make.”