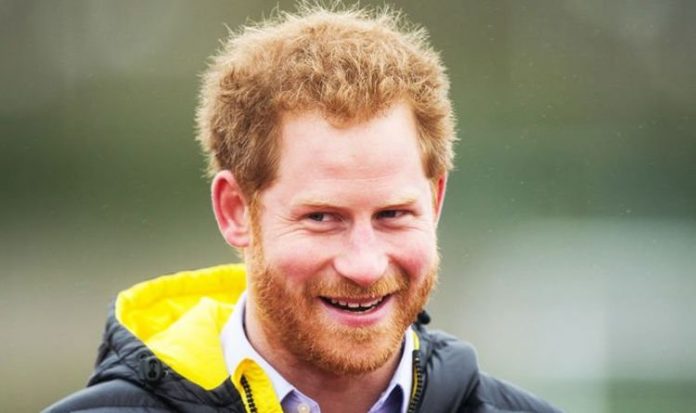 Harry and Meghan Markle are gradually making their plans for their post-royal life public, having launched their new vehicle Archewell and secured contracts with both Spotify and Netflix since leaving the Firm. While they kept hold of some of their patronages when negotiating with the Palace about their royal exit, Harry was stripped of his honorary military appointments. The 12-month review of their royal exit, commonly known as Megxit, was expected to take place in March, but reports that the couple are content with their current arrangement has led to claims that the review has been “axed”.

Even so, Harry’s disappointment at losing his three titles — Captain General of the Royal Marines, Honorary Air Commandant of RAF Honington and Commodore-in-Chief, Small Ships and Diving, Royal Navy Command — has sparked claims he may try to win the appointments back from the Queen.

A friend recently told the press said: “His military work is one of the most important things to him. Of course he wants to keep them.”

The Duke of Sussex won “substantial damages” from the Mail on Sunday over a claim he failed to maintain contact with the Royal Marines when he stepped back from royal life.

A spokesperson for Harry said: “The Duke is personally donating the significant damages from this legal resolution to the Invictus Games Foundation.”

His lawyer, Jenny Afia, said during the hearing that Harry wanted to make this donation “so he could feel something good had come out of the situation”.

She also confirmed during the court case: “The Duke of Sussex has made repeated and concerted efforts to continue to support the Royal Marines and other members of the armed forces and their families over the past year.”

Some royal watchers, however, have speculated that Harry decided to give the money to the Invictus Games — which he set up in 2014 — to demonstrate that this is “where his future is”.

@RoyalTea, who claims to be a PR expert, tweeted: “For me, the clear sign that Harry will not be back as the Captain General of the Royal Marines is that the settlement from the libel lawsuit regarding his support of them is going to the Invictus Games, not the Royal Marines Charity.

“He is putting his money where his future is.”

When the monarch removed the titles from him, she also took away the chance “perform any official duties associated with these roles”.

Prince William is currently the frontrunner to take on his brother’s former title as Captain General of the Royal Marines.

A Navy insider told the Daily Express: “The decision has been made to invite Prince William to take over this important duty, largely on the basis that the Duke of Sussex has given no reason to believe that he will alter current arrangements.

“Quite the opposite, in fact.”

Princess Anne was also expected to assume the role at one point.

The honorary titles are not expected to be filled by anyone else during the 12-month trial of Harry and Meghan’s royal departure.

Harry also recently announced that the 2020 Invictus Games in The Hague has just been pushed back to 2022, due to the ongoing pandemic.