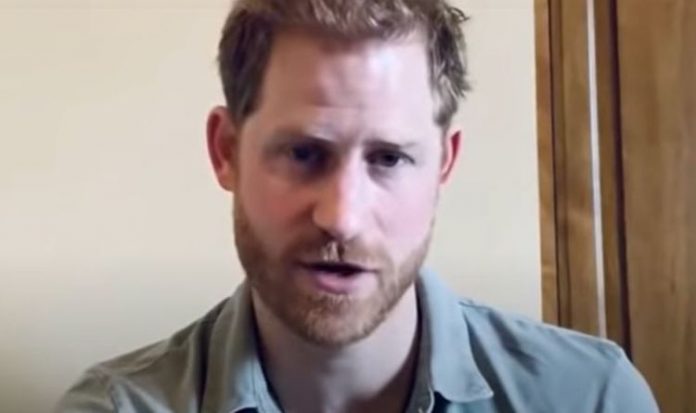 Prince Harry will be “bumped down [the line of succession] quite quickly”, a royal commentator has warned. The Duke of Sussex was third in line to the throne when he was born but has already slipped down due to his brother’s three children. ITV Royal Editor Chris Ship spoke about Harry’s future as he explained that the Sussexes’ confirmed new baby will be the first royal child to be directly in line to the throne that has been born abroad.

He told Good Morning Britain: “I can’t think of any other child that’s been born abroad.

“The line of succession has already been affected by Princess Eugenie’s baby.

“There are some really interesting facts about it though.

“Most people will think, ‘who on earth is the Duke of Kent?'”

Mr Ship continued: “Actually, at the moment, he’s number 38 in line to the throne.

“But when he was born, he was number five in line.

“That’s because he was the son of a younger brother of King George VI.

“So these things change all the time.”

Maud Windsor is a royal that was born abroad.

She is a granddaughter of Prince Michael of Kent, who is a cousin of the Queen.

Her parents are Lord Frederick and Sophie Winkleman.

The seven-year-old was born in Los Angeles in 2013 as her parents were living there at the time.

She is currently 50th in line to the throne, although she was 42nd when she was born.