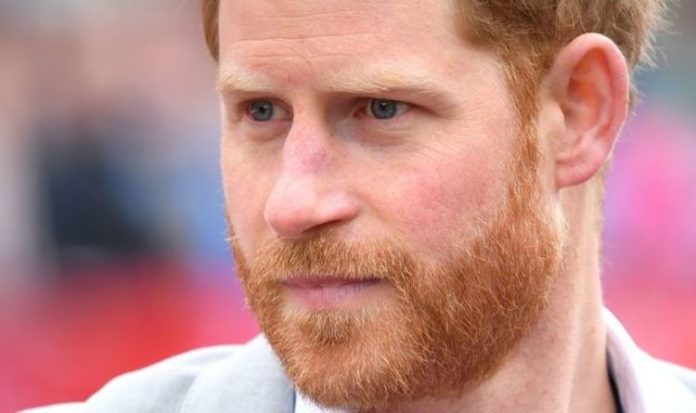 Less than a year after moving to the US, the Duke of Sussex decided to make a bold solo statement on the state of affairs in his adopted country following the historic Capitol Hill protest by a pro-Trump mob, which left five people dead. While Harry, 36, has in the past publicly commented on issues affecting the US alongside his wife Meghan, 39, he struck a different, more certain tone, by speaking out about the violence without his wife to back him up.

Eighty-three percent (3,252) said the duke was not right to make such comments.

Only 16 percent (534) supported Harry’s decision to speak out in such a decisive manner.

And just one percent (76) said they didn’t know.

In comments, many readers hit out at Harry for having a say on an issue so politically sensitive, particularly when the US is so polarised following last November’s election.

One person said Harry would do well to “stop interfering in foreign politics”.

A second reader accused Harry of adopting a different tune now than he did in the wake of violent riots last summer carried out by some supporters of the Black Lives Matter campaign.

The reader said: “He kept his mouth shut during BLM violence and destruction of public and private property so he should’ve kept it shut here as well.

READ MORE: Harry explains what he and Meghan were busy doing behind the scenes

They wrote: “Is Harry looking for American citizenship?”

Another said: “Strange that members of the Royal Family are now so keen to comment on globalist, woke, Left-wing narratives.

“If it becomes the new socialist elite against the people they are in trouble.”

He told the Fast Company website: “We have seen time and again what happens when the real-world cost of misinformation is disregarded.

“There is no way to downplay this.

“There was a literal attack on democracy in the United States, organised on social media, which is an issue of violent extremism.”