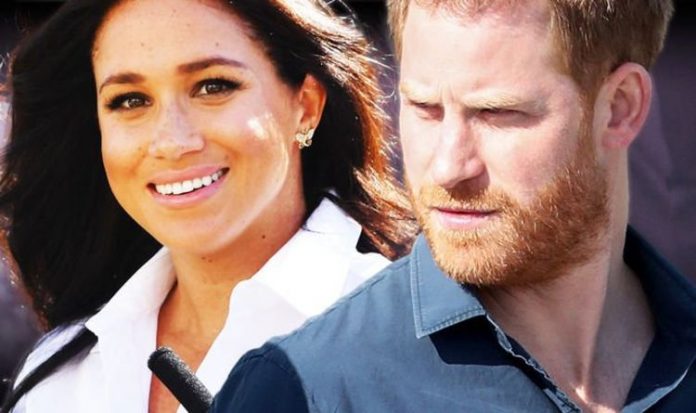 Royal expert Marlene Koenig insisted that both Prince Harry and Meghan Markle had to recognise actions have consequences. During an interview with Express.co.uk, Ms Koenig insisted she supported the Sussexes but their choice to step away from the Royal Family may have consequences regarding their official titles. She highlighted that Prince Harry needed to realise he could not have everything he wanted now that he has moved to the US with his wife Meghan.

Many fans across the world have insisted that both Meghan and Harry should lose their official title of Duke and Duchess of Sussex.

“Mind you, I am pro-Harry and Meghan but I do think there are some things where you have to suck it up.

“You made a decision, you can’t have all the toys.”

DON’T MISS: Prince Harry determined ‘wherever he is’ to continue military work

The royal expert also reiterated the importance of the palace supporting the Sussexes going forward, however.

She continued: “That being said, the palace needs to support them in what they do.

“The palace needs to just let them do it.

“Now when we go to titles, the only person who has a title here is Harry.

Ms Koening argued that it would remain unlikely the Queen would push to remove their titles.

She also noted that Meghan and Harry could find a simple solution to appease the royal fans who have called for their titles to be removed.

As they continue with non-royal ventures, Ms Koenig suggested they could simply sign it as Meghan Markle, Sussex and Prince Harry, Sussex as some royals in the past like Prince Edward have done so.