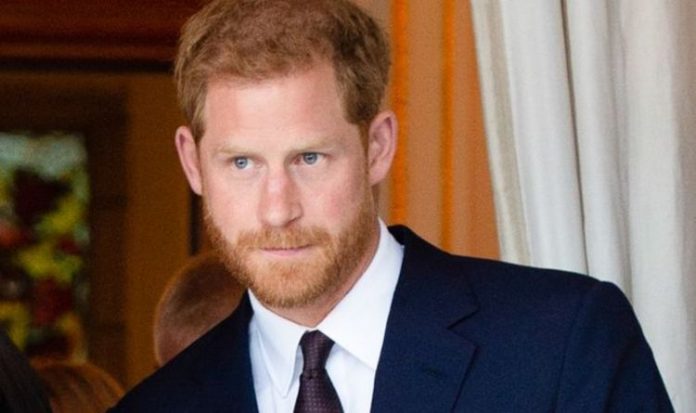 Prince Harry and Meghan Markle have called for “structural racism” to be brought an end. The Duke and Duchess of Sussex shared their thoughts in a newspaper interview to mark the beginning of the UK’s Black History Month. Journalists Dawn Neesom and Nina Myskow clashed on Jeremy Vine’s Channel 5 show over whether people still wanted to hear from the former working royal.

Ms Neesom said: “No, I’d be more impressed if he was here doing his job.

“If he was actually helping out in this country instead of lecturing us.”

However, Ms Myskow did not agree, launching a defence of the prince.

She pointed to many examples where he had been influential in the UK within the Royal Family.

“Harry has done a lot for this country and obviously still wants to do a lot.

“Think of the Invictus Games, think of the work he’s done with all that.

“He’s still continuing to work, he’s working as much as he can.”

Harry revealed at the end of August that he had actually planned to be in the UK during the summer.

The Duke, who is the patron of the Rugby Football League, told players, coaches, and volunteers.

While celebrating the organisation’s 125th anniversary via video call, he said: “We’ve got a whole Rugby League World Cup coming next year, so I definitely plan on coming back.

The Duke and Duchess of Sussex had originally planned to split their time equally between the UK and Canada.