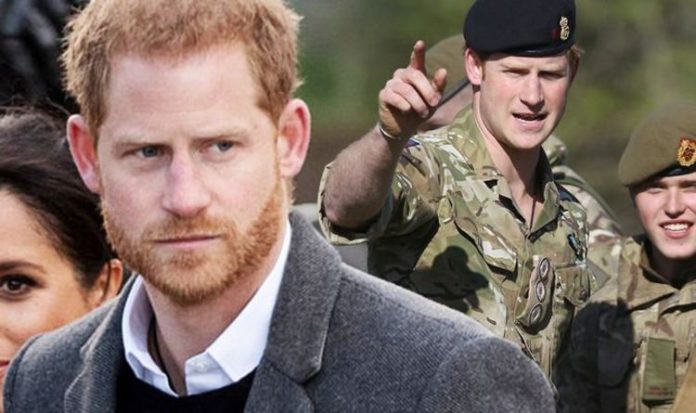 He added: “Rebecca West said they were ideal for the Royal family – because the horse doesn’t know who you are.”

Mr Vickers claimed Harry admitted he was pining for his time in the forces last April.

The author said of Harry: “He has been telling friends that he still can’t believe this has happened.

“He misses the camaraderie of being in the forces.

“He was in a happy place when he was serving in the Army, then he met Meghan and since then life has been great.

“But I don’t think he foresaw things turning out quite as they did.”

Mr Vickers claimed Harry may be missing the army more than ever since relocating to California where he has been trapped and unable to travel because of the COVID-19 pandemic.

The author said: “He’s very attached to the Army – but now, sadly, he’s very detached from it.

He added: “It’s very difficult for him to keep up his association, stuck out in Los Angeles.

“He was good at the Army, too. It was when he burst into life.

“It gave him a structure, as did the Invictus Games, the tournament for injured and sick military personnel.

READ  Boots coronavirus vaccine: Can you get the Covid jab at Boots? (Reports)

“He was happy for the first time after the awful time with his mother dying.”