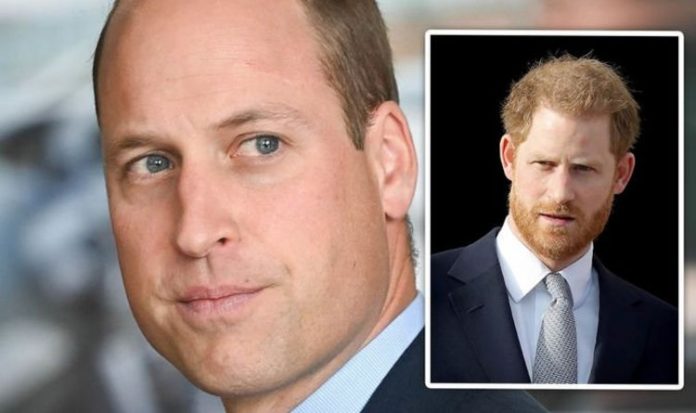 Prince Harry expressed his damming view on initiatives similar to the Earthshot Prize aiming to revert the effects global warming is having on the planet during a call to two Russian pranksters. On December 31 and early January, the Duke of Sussex was led to believe he was on the phone with climate activist Greta Thunberg and her father Svante.

During the lengthy conversations, Prince Harry touched upon a series of topics including his decision to step down as senior royal, Donald Trump’s eco-policies and climate change.

And, 10 months before his elder brother Prince William launched the Earthshot Prize, the Duke of Sussex dismissed attempts to raise awareness on the climate crisis by taking “small steps or giving out prizes”.

Unknowingly speaking to pranksters Vladimir ‘Vovan’ Kuznetsov and Alexei ‘Lexus’ Stolyarov, Prince Harry said: “The world is a troubled place and it can be very easy to give up and I think what you guys are doing is absolutely remarkable.

“Unfortunately the world is being led by some very sick people so the people like yourselves and younger generation are the ones that are going to make all the difference.

Prince Harry expressed his damming view on initiatives similar to the Earthshot Prize during a phone call (Image: GETTY)

READ  What Happened to the Young Voters Focused on Guns? – (Reports)

Both Prince Harry and Prince William are interested in reverting the manmade damages done to earth (Image: GETTY)

“The usual way things have been done over the last how many years has not had the effect that it needs to.

“I think people need to be woken up and the only way to wake people up from what effectively is a consciousness crisis is, I think, you need to be doing extreme things.

“And small steps or giving out prizes doesn’t make any difference these days.

“I think what you need to do is make real big changes that actually shock people, and it’s that shock factor that wakes people up.

READ MORE: Prince William maps out his next 10 years with defining project

“Because at the end of the day we are all the frog that has been put in cold water and brought to a boil without realising.”

During his phone call, Prince Harry didn’t mention the Earthshot Prize or any other initiatives linked to Prince William and Prince Charles’s recent push to protect the environment and change the public’s perception on earth’s crisis.

READ  Prince Harry news: The surprising future that lies ahead for Harry and Meghan in LA | Royal | News (Reports)

By the time Prince Harry spoke to the pranksters, Prince William was already working on this groundbreaking contest.

Prince Harry spoke with the pranksters in late December and January (Image: GETTY)

The Duke of Cambridge started working on the Earthshot Prize two years ago, after he visited Namibia, Tanzania and Kenya in autumn 2018.

William discussed this blossoming idea behind the Earthshot Prize with Sir David Attenborough and Prince Charles among others.

The naturalist has been an important mentor for Prince William during the creation of this ambitious project spanning over the next decade.

This project will see five individuals, organisations, governments or even cities awarded every year a one million prize each.

Prince Harry has stepped down as senior royal in April (Image: EXPRESS)

Nominations for the prize open in November.

An annual global awards ceremony will be held in a different city each year, starting with London.

Speaking about his initiative, Prince William said the Prize was about “harnessing that optimism and that urgency to find solutions to some of the world’s greatest environmental problems”.

Asked whether he is afraid he will be criticised, like it happened to his father, for being too political for entering the debate on global warming, Prince William said: “I think with all things in life if you are willing to make a difference you have to put yourself out there and you have to commit yourself and be determined and maybe go places that you might feel uncomfortable, other people might feel uncomfortable, but really for me the prize is about bringing people together.

“It’s a team prize and if we can really harness everyone’s ability to come together and tackle the Earth’s biggest environmental problems then I think the prize is the right way of doing it because you’re rewarding, you’re incentivising and you’re encouraging.”