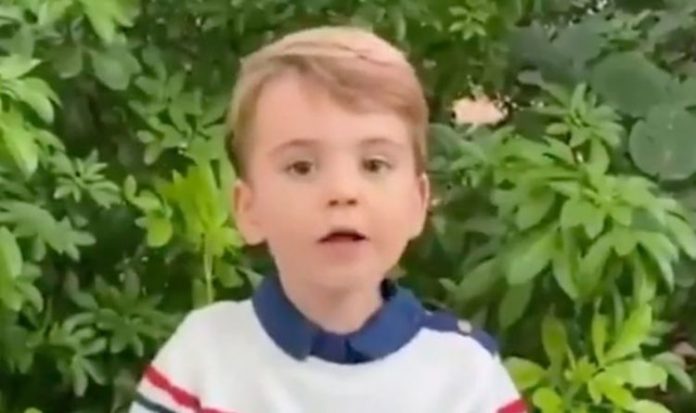 Prince Louis has never taken part in a royal tour with his parents, a milestone both his siblings and cousin Archie have reached before turning two. Prince Louis, the youngest son of Kate, Duchess of Cambridge, and Prince William, was born on April 23 2018.

However, Kate was still on maternity leave and Prince Louis was too young to follow his father on tour.

The first joint tour carried out by the Duke and Duchess of Cambridge after the birth of Prince Louis took place between October 14 to 18 2019.

During that week, Kate and William followed in the Duke’s mother footsteps in Pakistan, visiting hospitals and locations where Princess Diana had also been during her own royal tours of the country.

However, the Cambridges left their children at home, as Prince George and Princess Charlotte were attending classes at Thomas’s Battersea school.

Moreover, the tour had been described by Kensington Palace as “the most complex tour undertaken by the Duke and Duchess to date, given the

READ MORE: Where does Kate Middleton live? Inside Kate and William’s home

logistical and security considerations”, which may have pushed the Cambridges to decide against bringing along their youngest child.

The coronavirus pandemic has disrupted the royal diary and likely delayed further Prince Louis’s first tour abroad with his family.

Prince George, the third-in-line to the throne, first took part in an official tour when he was just nine months old.

Like his father Prince William, his first tour was to Australia and New Zealand.

The first official journey abroad of Prince George, who is now seven, lasted between April 7 to 25 2014.

The then-family of four visited Canada between September 24 and October 1 2016.

Charlotte and George took part in yet another tour abroad a few months later, between July 17 and 21 2017, when the Cambridges visited Poland and Germany.

During this diplomatic tour carried out at the request of the Foreign and Commonwealth Office, the little Cambridges stayed mostly away from the public gaze.

Prince Harry and Meghan Markle also decided to take their son with them during their first official trip abroad as a family of three.

Between September 23 and October 2 2019, the Duchess of Sussex visited South Africa while the Duke also travelled to Malawi, Angola and Botswana.

Their son Archie made one poignant public appearance while in South Africa, taking part to an intimate meeting between his parents, Nobel Peace laureate Archbishop Desmond Tutu and his daughter Thandeka Tutu Gxashe.

Archie spent the rest of the tour with a nanny and Meghan, who juggled between meetings and taking care of her son’s needs.