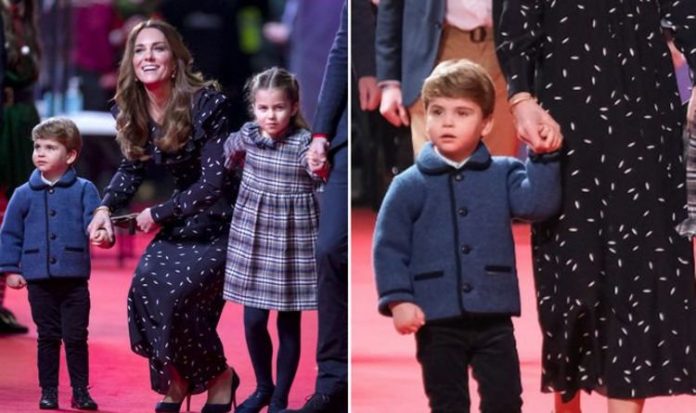 Kate, Duchess of Cambridge and Prince William’s youngest son Prince Louis, two, stole the show on Friday as he stepped out in central London with his parents and siblings.

The youngest member of the Cambridge family looked adorable in a blue fluffy jumper as he attended a special pantomime at the London Palladium.

Pictures of little Louis on the red carpet with his siblings Prince George, seven, and Princess Charlotte, five, sent royal fans into a spin.

The outing came just months after Louis was filmed speaking for the first time in public in a special Q&A with David Attenborough.

Reacting to new pictures of Louis on Twitter one fan wrote: “Look at prince Louis, so grown! My favourite and most responsible ROYALS .”

Another gushed:  “Omg!! They are all adorable but Prince Louis has really grown up!! So good to see them!”