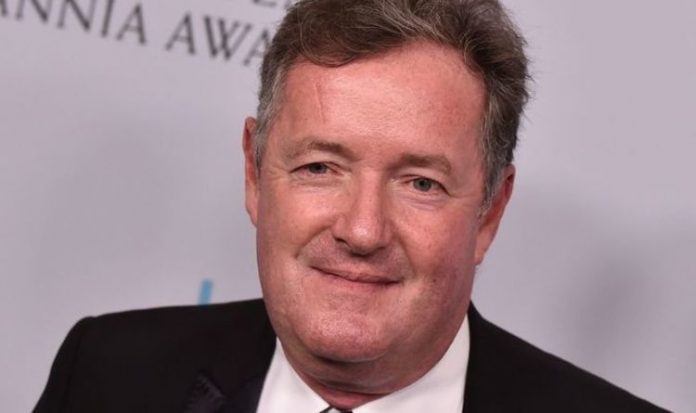 Mr Oluwole, co-founder of the pro-European Union advocacy group Our Future Our Choice, claimed Brexit was no longer the will of the people and accused the media of hiding behind the argument that leaving the European Union respected democracy. But Mr Morgan dismissed his views on Twitter and warned him democracy could not be thwarted.

The GMB presenter tweeted: “Oh Femi, this is so tortured it’s agonising.

“Boris Johnson won the election in December with a massive majority because he was the only leader promising to honour the referendum result.

“I agree that Brexit is a bad idea but thwarting democracy is much worse.”

Responding in a later message to Mr Oluwole, Mr Morgan wrote: “I believe that opposing the result of democratic votes is a bad idea.

“Your ongoing refusal to accept a result you didn’t want is as bad as what Trump’s doing now. You’re our Donald!”

In his video, Mr Oluwole said: “There will be broadcasters who take the line: ‘I supported Remain but I also respected the vote, I respected democracy’.

“I’m sorry that does not fly.

“Boris Johnson even tried to break international law in order to undermine the Brexit that was supposedly ‘the will of the people’.

“And most importantly at the only opportunity that this country had to give a say on what Brexit had turned into after three years, 52 percent voted for parties that committed to a second referendum between Remain and a far softer Brexit.

“So you cannot hide behind the argument that you were respecting the will of the people.”

The 30-year-old activist is no stranger to courting controversy on social media.

Earlier this week he launched a stunning attack on fellow left-wing campaigner Owen Jones over his stance on Brexit.

Mr Oluwole accused Mr Jones of siding with Brexiteers in his latest opinion piece for The Guardian where he appeared to blame die-hard Remainers for a no deal Brexit.

Mr Jones took aim at some voters for failing to accept the result of the 2016 EU referendum and also hit out a former Labour leader Jeremy Corbyn for being too slow to outline the party’s position on Brexit.

The latest Twitter spat erupted as Boris Johnson and European Commission chief Ursula von der Leyen admitted the UK was likely to leave the EU in three weeks without a trade deal.

Mr Johnson said: “It’s looking very, very likely we’ll have to go for a solution that I think will be wonderful for the UK, we’ll be able to do exactly what we want from January 1, it will obviously be different from what we set out to achieve.

“If there’s a big offer, a big change in what they’re saying then I must say that I’m yet to see it.”