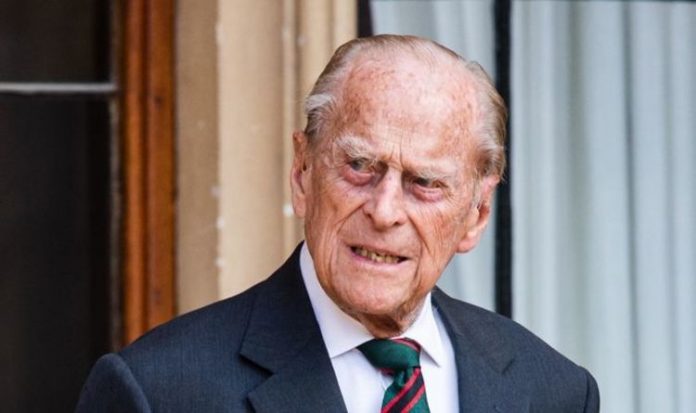 Meghan Markle and Prince Harry are said to be “hopeful” about leaving the US to return to England. The Duke and Duchess of Sussex want to come back to the UK in time for Christmas as they “love tradition surrounding the holidays”.

The Sussexes are “eager” to see Prince Philip due to fears over his health as a 99-year-old man.

During the coronavirus pandemic, Prince Philip and the Queen were forced to self-isolate away from other members of the Royal Family.

Last December, Prince Philip spent several days in a hospital in London to undertake treatment for a “pre-existing condition”.

At the time, Buckingham Palace said the admission was for “observation and treatment”.

A statement explained that Prince Philip went to hospital on the advice of his doctor.

A source told Vanity Fair that “time will tell” if the Sussexes manage to return this Christmas to see Prince Philip and the Queen.

The source said: “There’s a lot of tradition surrounding the holidays with his family, and they both have really loved that in the past.

“With the uncertainty of Covid-19, they have been taking it one day at a time and are hopeful that they can all go back together and spend it as a family.”

He said he had not seen his father Prince Philip for months.

“He’s going to be 99 next week, so yes, or my grandchildren or anything.

He added: “But fortunately at least you can speak to them on telephones and occasionally do this sort of thing.

“But it isn’t the same, is it? You really just want to give people a hug.”

The news comes as Her Majesty was reportedly left “furious” by palace staff who were angry that they had to leave their families over Christmas to work for the Royal Family.

Royal staff said “enough is enough” and do not want to work through the Christmas period without seeing their own loved ones, according to the Daily Star.

During the pandemic, royal staff have been forced to isolate from their families.

A Sandringham source told the Daily Star: “Discussions are taking place with the team on operational matters but it is too early to speculate on implications for Christmas.”