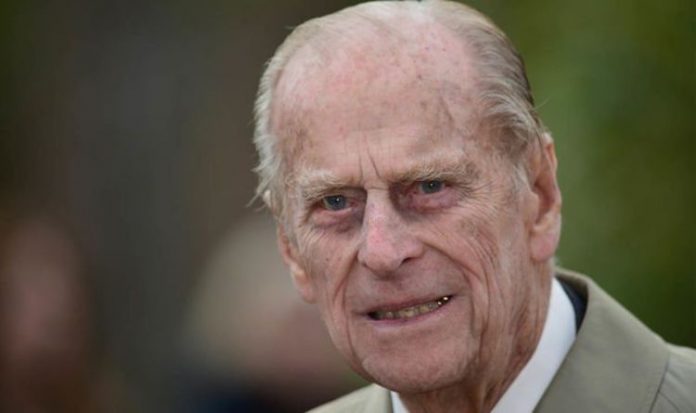 Prince Philip remains at King Edward VII Hospital in London, where he had been admitted earlier this week after “feeling unwell”. The Duke of Edinburgh has happily accepted the advice of his doctor, one source has said.

But staff surrounding him is “aware” he will not want any fuss surrounding his health state given the pressure doctors and nurses have been under for a year now due to the pandemic, the insider added.

They told the Daily Mirror: “We are all aware of the Duke’s character and he will want the minimum of fuss made, especially when the doctors and nurses are all working so hard during the pandemic.

“He was happy to go in as a precaution and is in good spirits.

“He’s been told to rest and will stay in for a few days doing so.”

Prince Philip health update: Prince Philip and the Queen have been self-isolating at Windsor Castle for the most part of 2020 (Image: GETTY)

Prince Philip was admitted to hospital on Tuesday evening and his hospitalisation was not considered an emergency admission, royal sources said.

In fact, it is understood the decision to admit Philip was taken with an “abundance” of precaution.

The Duke of Edinburgh was taken from Windsor Castle to London by car, not by ambulance, and walked inside the hospital unaided.

Prince Philip is not expected to have any visitors during his stay at King Edward VII – expected to last for a few days – due to the safety measures in place at the hospital in the midst of the pandemic.

Prince Philip health update: The Duke is said to be in ‘good spirits’ (Image: GETTY)

Revealing the Duke had been taken to hospital the day before, Buckingham Palace said yesterday: “His Royal Highness The Duke of Edinburgh was admitted to the King Edward VII Hospital in London, on Tuesday evening.

Despite being well known for being adverse to “fuss” when it comes to his health or any celebrations – including his upcoming 100th birthday – Prince Philip received the well-wishes of many royal fans and prominent personalities alike.

His spokesperson said: “The Prime Minister sends his best wishes to the Duke of Edinburgh as he undergoes a few days of rest in hospital.”

Health Secretary Matt Hancock also joined in the chorus of well-wishers, tweeting: “Really sorry to hear that HRH the Duke of Edinburgh is in hospital.

“Sending him my best wishes for a speedy recovery.”

Prince Philip has been self-isolating with the Queen at Windsor Castle for the most part of 2020.

The Duke of Edinburgh joined his wife in Berkshire from his main residence in Sandringham on March 19 and the couple has been together since, with the exception of a few weeks in October when the Duke remained alone at Wood Farm while the monarch travelled back to Berkshire.

Prince Philip was last hospitalised in late December 2019, when he spent four nights at the King Edward VII’s.

At the time, he was flown there from Sandringham to be treated for a “pre-existing condition”.

The Duke, who is turning 100 on June 10, has suffered a few health issues over the past few years.

Aged 90, he was rushed to Papworth Hospital in Cambridgeshire to be treated for a blocked coronary artery.

In June 2012 he was forced to miss many of the planned events of the Queen’s Diamond Jubilee celebrations after he was hospitalised with a bladder infection.