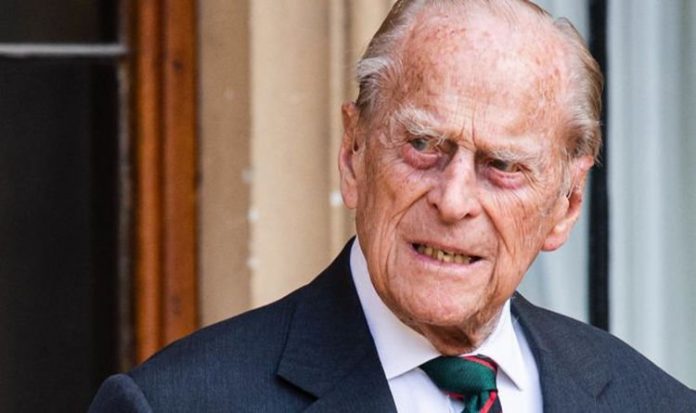 Prince Philip has loved going shooting for most of his life but was forced to give it up over fears it could compromise the delicate surgery he had undergone in late 2011, according to royal expert Ingrid Seward. The author of Prince Philip Revealed wrote: “Philip had to give up shooting after he had a stent inserted in his heart in December 2011.

“The fear was that the recoil of the gun when it was fired might dislodge the stent.”

The Duke of Edinburgh underwent surgery on the eve of the festive period nine years ago.

Buckingham Palace said at the time he had received treatment for a blocked coronary artery at the Papworth Hospital in Cambridgeshire.

A brief statement issued by the palace read: “Following tests at Papworth Cardiothoracic Hospital in Cambridge this evening the Duke of Edinburgh was found to have a blocked coronary artery which caused his chest pains.

“This was treated successfully by the minimally invasive procedure of coronary stenting.

“Prince Philip will remain in hospital under observation for a short period.”

The order to stop shooting didn’t discourage the then 90-year-old royal.

She wrote: “Since then, he has been obsessed with fishing and it has become his main outdoor activity after carriage driving.”

The passion for carriage driving has lasted for almost five decades and started after he gave up another beloved hobby – polo.

READ MORE: Queen heartbreak as she decides all Royals to miss Christmas church

Upon turning 50, Prince Philip turned to the royal collection of antique carriages.

The Duke himself spoke about this decision in 2017, in a rare interview he gave after stepping down as working royal.

He said: “I had been playing polo and I decided to give up at the age of 50.

“I was looking around to see what next, you know, what was available.

“I thought to myself we have got horses and carriages, so I borrowed four horses from the stables and took them to Norfolk and practiced.

“The second competition I entered was the European championship.

“I came in not quite last, but very nearly.”

The Duke even opened up on his favourite carriage, called the Balmoral dogcart, and how often he “got it smashed”.

He said: “It had to be rebuilt up every year because it got smashed regularly.

“I drove in Poland in the international, I didn’t smash it up that time, but it usually got smashed.”

The Duke of Edinburgh was last spotted carriage driving in 2019.

In autumn last year, Prince Philip reportedly suffered “a bit of a wobble” while staying at his cottage in Sandringham, which drained him of his energy.

A source speaking to claimed at the time: “A few weeks ago Philip had a bit of a wobble and hasn’t felt so energetic.

“He has been living quietly at Sandringham, where he spends most of his time reading and pottering about.

“Until recently he has been very active — carriage riding, fishing at Balmoral and driving around royal estates — although he no longer drives on public roads following his crash in January.

“His mind is as sharp as ever.”

The Duke of Edinburgh has been spotted in public a few times over the summer.

In June he posed with the Queen in the Quadrangle at Windsor Castle for a picture marking his 99th birthday.

A month later, he carried out a rare engagement in person, during which he passed on his role of Colonel-In-Chief of The Rifles to Camilla, Duchess of Cornwall.

In July he was also photographed attending the secret wedding of Princess Beatrice and Edoardo Mapelli Mozzi, which took place a few days before the Duke and the Queen left for Balmoral Castle.