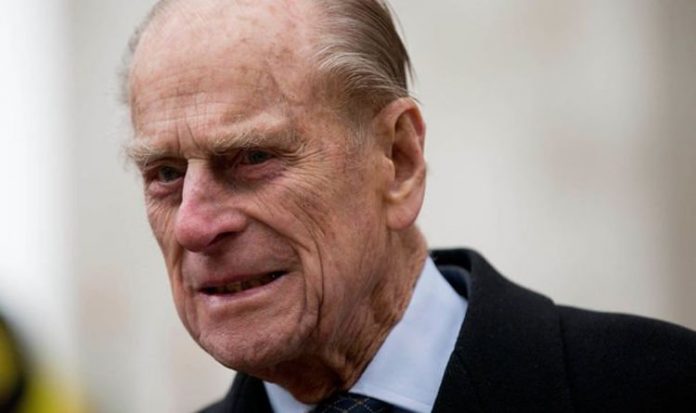 Prince Philip is determined not to let his health state or age get in the middle whenever he needs to appear in public, royal biographer Ingrid Seward said. The author of Prince Philip Revealed described the difficulties the Duke of Edinburgh may encounter ahead of a public event. She told Vanity Fair: “He makes a massive effort when he does make an appearance and knows he has to look his best.

“This might involve several hours of slow preparation and he will get up as early as necessary to ensure he is on time.”

In 2020, Prince Philip has been seen in public only a handful of time, including in July, when he passed on to Camilla, Duchess of Cornwall, his role as Colonel-in-Chief of The Rifles.

During that rare royal engagement, the Duke looked energetic and healthy as he inspected the guard and joked with soldiers in the Quadrangle at Windsor Castle.

No matter whether he may need support, Prince Philip’s pride bars him from being seen in public with any item that would highlight his age or potential health issues.

Ms Seward continued: “He’s a proud man, he doesn’t want to be seen with a stick and would never consider a Zimmer frame.

“He does what he can and he knows there will be an expectation for him to be part of any celebrations for his 100th birthday next year.”

The Duke of Edinburgh is turning 100 on June 10 next year.

On that day, Prince Philip will become the first male member of the Royal Family to have ever made that grand age.

Buckingham Palace has yet to release any plans to mark the special birthday and, given the ongoing coronavirus pandemic, the important day could be celebrated either virtually or with a stripped-down ceremony.

The Royal Collection Trust is also believed to be planning a photo exhibition to take place at one of the royal galleries, much like it had happened on the Duke’s 90th birthday.

However, the organisation has so far remained tight-lipped and have yet to confirm plans for the event.

Prince Philip is currently staying at Sandringham, which has become his main residence after stepping back from royal duties in 2017.

The Duke of Edinburgh returned to his cottage in Norfolk after having spent months self-isolating with the Queen at Windsor Castle during the spring and Balmoral Castle in August and early September.

At Wood Cottage, Prince Philip is said to have suffered a “bit of a wobble” last year.

A source told in autumn 2019: “A few weeks ago Philip had a bit of a wobble and hasn’t felt so energetic.

“He has been living quietly at Sandringham, where he spends most of his time reading and pottering about.”

The Duke of Edinburgh was also hospitalised a few days before Christmas at a London hospital, but was discharged on time to spend the festive period with his family.

Ms Seward touched upon Prince Philip’s health also when discussing a possible return to the UK over the festive period of Meghan Markle and Prince Harry.

The author believes it is paramount for the Sussexes to bring along their son next time they visit, given the “frailty of Prince Philip”.

She said: “The Queen and Philip would be very sad not see Archie.

“I think it would be up to Harry to make sure they see Archie and I think Meghan will be pushing for that.

“They’ve got to because of the frailty of Prince Philip.

“Meghan will make sure that they take Archie to see their grandparents, absolutely, for sure, but just not on Christmas Day.”