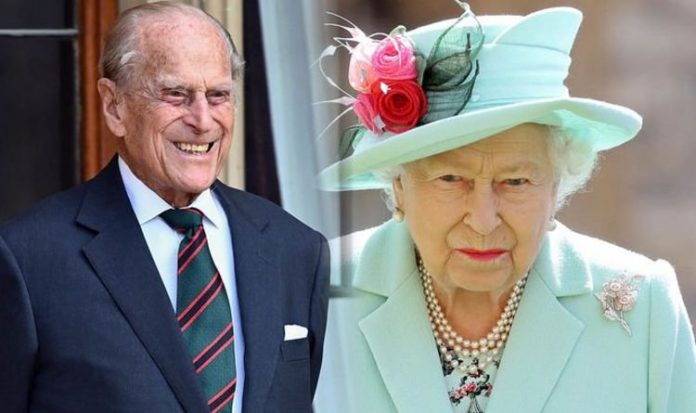 Prince Philip and the Queen ended their shortened summer holiday at Balmoral this week and headed to Sandringham to spend some time together. The couple has been by one another’s sides for almost 73 years, but never as permanently as throughout the coronavirus pandemic. The Duke of Edinburgh retire in 2017 and therefore this is the most time the couple has spent beside one another in years.

Prince Philip and the Queen journeyed from Balmoral Estate in Scotland to Sandringham in Norfolk this week.

They are due to spend a few weeks in Sandringham together.

They typically spend the Christmas period at the country home, but it is uncertain what restrictions will be in place so if the couple will still travel to Sandringham for the festive period.

Buckingham Palace has confirmed the Queen will return to work at Windsor Castle next month.

The Palace said: “The Queen and the Duke of Edinburgh will depart Balmoral Castle during the week commencing September 14 to spend time privately on the Sandringham Estate.

Prince Philip and the Queen will spend the rest of the month in lockdown, before she returns to Windsor Castle.

The couple are currently deciding whether they should remain together or separate once the Queen returns to work.

According to one royal insider, the pair have thoroughly enjoyed being back together and the Queen feels energised by spending time with the Duke of Edinburgh once again.

A source told : “Everyone who has seen her recently says the Queen appears to have a new lease of life because she loved the chance to spend quality time with Philip again.

“Obviously she has been gravely worried about the nation during the pandemic but those around her have seen how amazing they have been together.

“Because of self-isolation and with only a small team of loyal staff, dubbed ‘HMS Bubble’, this is the first time the Queen has been able to spend quality time with her husband for years.

“They have been able to relax and finally have the chance to live like regular people aged in their 90s should be able to.”

The source added that the Queen was possibly tempted to step back from her role in order to spend more time with Philip on a more permanent basis.

They told the Sun: “It has sparked whispers within the palace that now, at 94 years old, the Queen could step back further and enjoy her life with Philip.

“But there is no sign she ever wants to stop working. They haven’t really had a period of time together like this in many years.

“They have remembered what a good team they are and privately decided they should not be separated ever again.

“They are causing a headache because they don’t want to live apart any more.”

The Duke of Edinburgh’s future plans are being decided according to Hello Magazine.

It has not yet been confirmed whether he will remain at Sandringham estate or move back to Windsor Castle with the Queen.

Since his retirement in 2017, Prince Philip has mainly lived at Wood Farm, a cottage located on the Sandringham Estate.

Typically he travels to Windsor Castle for the Easter period, but travels back to Wood Farm after this period.

The decision to separate at this stage will likely be an extremely painful decision for the couple considering the huge amount of time they have spent together during lockdown.

In the past, the Queen has described Philip as her “strength and stay”, but she wanted him to be able to enjoy his “well-deserved” retirement.

As the Queen ramps up her schedule and likely spends more time working it is possible Prince Philip will choose to return to his usual retirement timetable.

One consideration they will have to consider is the likelihood that both the Queen and Prince Philip are at a higher risk of coronavirus.

But the couple will have just a few weeks to decide to continue on together throughout this pandemic or separate.