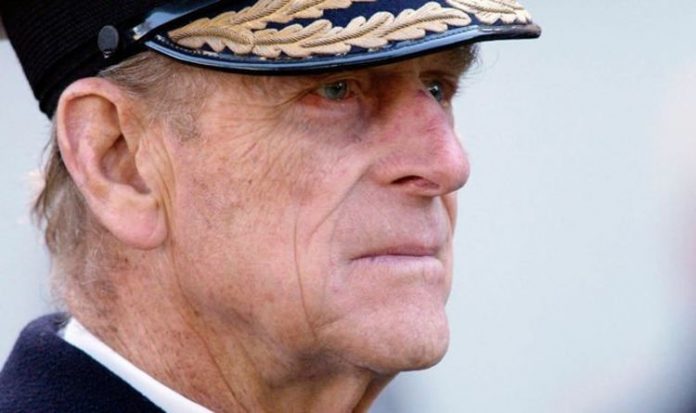 In early September 1997, Prince Philip stepped into a debate between Prince Charles and Charles, 9th Earl of Spencer, as they were arguing over who should have taken part in the funeral cortege in the wake of the death of Princess Diana. According to royal author Robert Lacey, Prince Charles and Diana’s brother were discussing different scenarios.

One would have included only the Earl following his sister’s coffin.

A second, would have seen just the Earl and the Prince of Wales walking immediately behind the car transporting the late Princess of Wales.

Prince Philip had not been included in these discussions.

However, he stepped into the row in a bid to solve the issue, Mr Lacey said.

He wrote in his book Battle of Brothers: “In the event there were five.

“As William shied away that evening from the ill-feeling between his uncle and father, and while Harry remained fearful and undecided, Prince Philip – who had never been scheduled to walk – intervened.

In his book, Mr Lacey also recalled Prince Philip’s anguish for his grandsons in the midst of the preparation of Diana’s funeral.

The royal author shared a memory by Anji Hunter, one of former prime minister Tony Blair’s advisors, from a conference call between Downing Street, the royals, the Metropolitan Police and Buckingham Palace, which were organising the funeral.

Mr Hunter is reported in Battle of Brother saying: “I can remember, and it sends a tingle up my back thinking about it.

“We were talking and then from the speaker-phone on the table came Prince Philip’s voice – and it was anguished.

“‘These are the boys here. We are talking about these boys – they have lost their mum’.

“It brought it all home to us.”

The brothers eventually decided to walk together behind their mother’s coffin under the gaze of millions of people and mourning royal fans.

Both Prince William and Prince Harry later recalled how difficult it had been for them to take part to the cortege at such a young age.

Speaking in 2017 to mark the 20th anniversary of Diana’s death, the Duke of Cambridge described that walk as “one of the hardest things I’ve ever done.”

William also recalled using his fringe as “a safety blanket” to cover his face during the “very long, lonely walk”.

He continued: “I felt if I looked at the floor and my hair came down over my face, no-one could see me.

“It wasn’t an easy decision and it was a sort of collective family decision to do that… there is that balance between duty and family and that’s what we had to do.”

The Duke described the “balance” as a choice “between me being Prince William and having to do my bit, versus the private William who just wanted to go into a room and cry, who’d lost his mother”.

Prince Harry, who was only 12 when his mother died in a car crash in Paris, told Newsweek walking behind the coffin is something no child “should be asked to do.”

He added: “My mother had just died, and I had to walk a long way behind her coffin, surrounded by thousands of people watching me while millions more did on television.

“I don’t think any child should be asked to do that, under any circumstances.

“I don’t think it would happen today.”

However, he also told the BBC he was glad to have been part of the day.